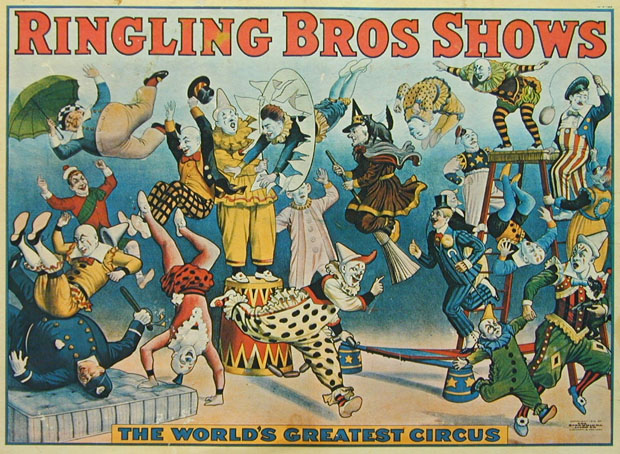 There’s a new “Greatest Show on Earth” and it ain’t the big top show you’re thinking of. No, the new circus features PETA and Take-Two Interactive. PETA has called out Take-Two’s CEO Ben Feder, and now they’re working on getting the developer to cease and desist development their upcoming Ringling Bros. title for Wii and DS, says Joystiq.

You see, PETA is not a fan of the circus and how this specific one allegedly treats animals. PETA’s blog post points to a “lengthy history of animal abuse and neglect,” and now they’re asking supporters to send their own personal message to Feder via this handy mail form.

Here’s part of PETA’s pre-written letter that you can opt to edit:

I was shocked to hear that Take-Two is partnering with Ringling Bros. to create a circus-themed video game. Video games might be a fun way to pass the time, but circuses are no fun for animals. Ringling has a long history of animal abuse and neglect. To get elephants to “perform,” Ringling Bros. rips babies away from their mothers and stuffs them into poorly ventilated boxcars…

I’m all for protecting animals, but no animal can be harmed in a videogame. PETA is just acting crazy here.  A press release from Take-Two describes a two-player, famly friendly game with tightrope walking and such. It’s doubtful that Take-Two would depict animal violence. And I hope they’re not trying to connect purchases of this game with animal cruelty. Hell, biting the head off of circus animal crackers is probably more cruel than buying or even making this game.