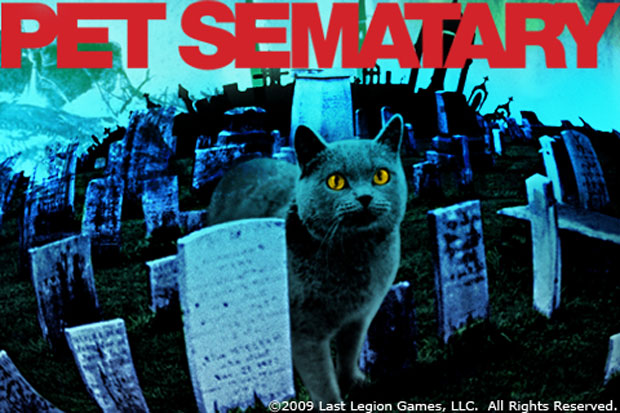 In what is surely the biggest WTF moment of the day, Paramount Digital Entertainment decided adapting Pet Sematary into an iPhone game was a smart move. I’m still trying to figure out whether to laugh or to cry; perhaps I should do both.

The game received a relatively intricate press release, which you aren’t going to care about, except for one key line I’d like to highlight: “Players in Pet Sematary take on the role of a lone hero uninterested in becoming cat food.” This just keeps getting better.

Constant tapping makes up most of the shoot-anything-that-looks-evil gameplay, which makes perfect sense for Pet Sematary‘s $0.99 asking price. The terrible thing is, if I owned an iPhone I would inevitably get this game out of curiosity alone.