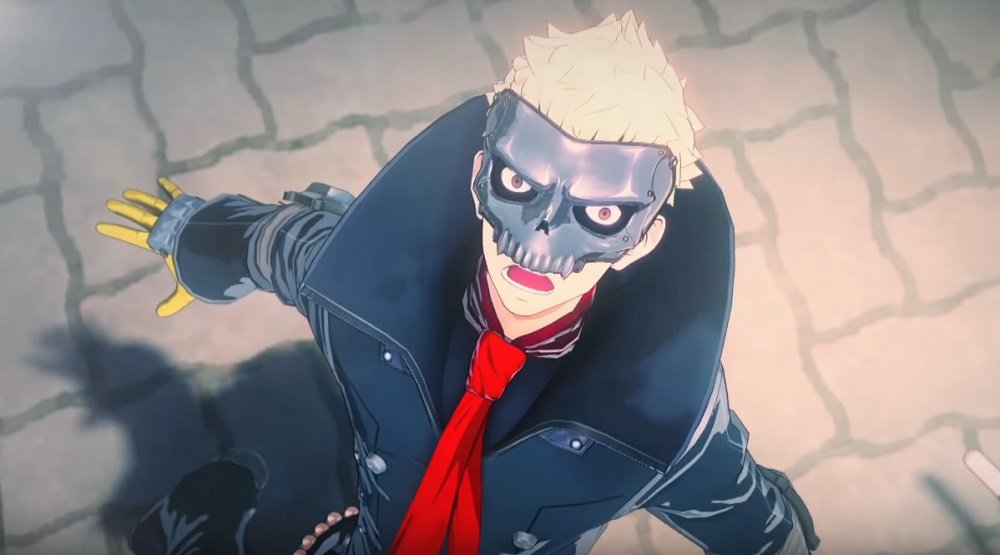 Destined to write articles about the Persona 5 cast until the end of time (or at least the release of Persona 6) I wish to inform you that Atlus has released a new trailer for its upcoming hack ‘n’ slash title Persona 5 Scramble: The Phantom Strikers, this time spotlighting the original boomer antagonising bad boy, Ryuji Sakamoto.

The first friend made by protagonist Joker upon his arrival at Shujin Academy, Ryuji is known for his incredible loyalty and bravery in battle, even if his misplaced arrogance and hot temper have the propensity to cause more harm than good. Frustrated by the injustice around him, Sakamoto frequently bemoans the “shitty adults” that cause problems for The Phantom Thieves and society at large.

In this brief overview we can see Ryuji – once again rocking his “Skull” alias – laying waste to his opponents with his trademark metal pipe and shotgun arsenal. Outside of battle, Ryuji is seen hanging with Joker and Yusuke at a festival, and planning with his fellow Phantom Thieves in Cafe Leblanc. Makoto is also wearing her amazing new bolero jacket, which I’m legally required to note at every opportunity.

Persona 5 Scramble: The Phantom Strikers launches in Japan on  February 20 for PS4 and Nintendo Switch. No date has been announced for a western localisation, but it is very likely to make the jump over the ocean.