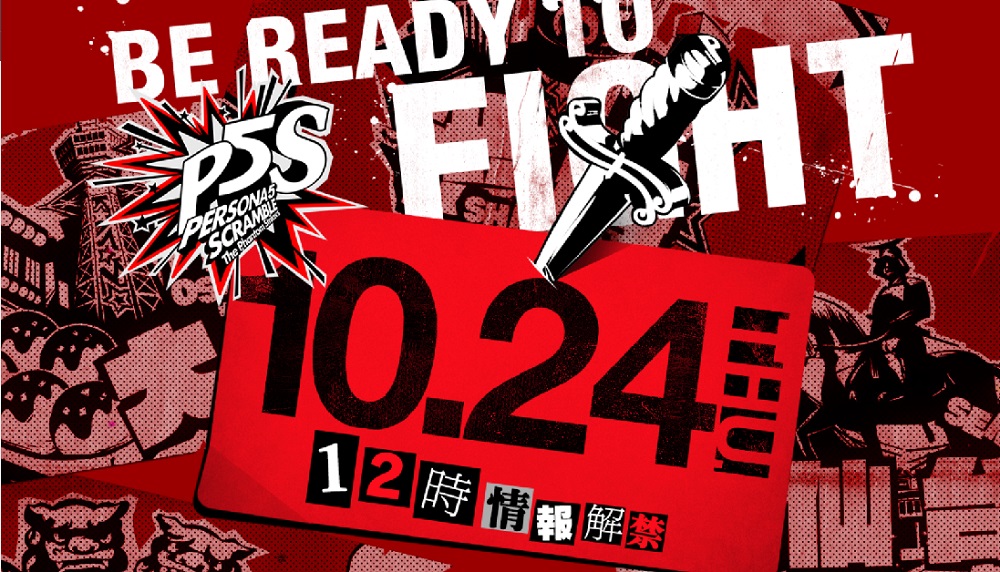 Atlus is preparing the lift the lid on new details pertaining to Persona 5 Scramble: The Phantom Strikers, the Warriors/Musou style game starring The Phantom Thieves, which was first revealed way back in April.

The announcement of the announcement was made over on the game’s official Twitter and website, although there are no details as to whether we’re getting gameplay footage, a trailer, a release date, or anything else, in fact. So my dream confirmation that Sae Niijima and Ichiko Ohya are to make their playable debuts might have to wait for another day. Dammit.

“Be Ready To Fight” on Thursday, October 24 at 12:00 JST (which is actually the previous evening at 20:00 PT / 23:00 ET for North American readers). Here’s hoping for some cool gameplay action, with Joker and crew laying waste to masses of troublesome shadows.