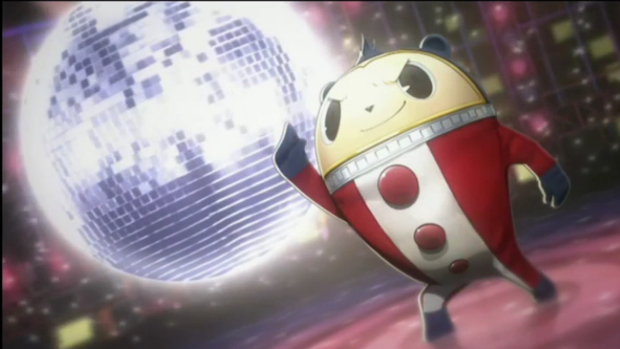 The lengthy interview with Katsura Hashino wasn’t just about Persona 5. The whole gamut of Atlus announcements were touched on, including the wonderfully named Persona 4: Dancing All Night. “[W]e’d actually been thinking about making a ryhthm game with Persona music for a while,” Hashino explained, but they didn’t have the expertise to do it. That’s where the partnership with Dingo came in.

“It’s actually similar to how Persona 4 Arena was created. We wanted to bring Shigenori Soejima’s character art to life by way of a fighting game and this time we thought it would be nice if Shoji Meguro’s music had its turn in the spotlight.”

Hashino also said it was a gesture towards fans that purchased a Vita just for Persona 4: Golden, giving them more Persona 4 as a thanks for their support. “Life can be rough out there in the world these days…It’s meant to be a light and sort of bubbly experience.”

Of course, that doesn’t mean it will be without a story. And, speaking of Persona 4‘s spin off stories, Hashino explained that Persona 4: The Ultimax Ultra Suplex Hold is meant to “give that storyline some proper closure and tie everything up nicely,” and that any continuation “would likely be as part of a new story altogether.”