We shared the same mad potion

It looks like Persona 4: Dancing All Night might arrive simultaneously (or close to it) across Europe and America, as NIS has followed Atlus’ lead, announcing the rhythm game for a “Fall 2015” launch.

In addition to the standard release,  a “Disco Fever” special edition will be available at retail, which includes a two-disc original soundtrack, pouch, Teddie keychain, and PlayStation Vita skin.

All of that sounds identical to the North American package, which looks a little something like this: 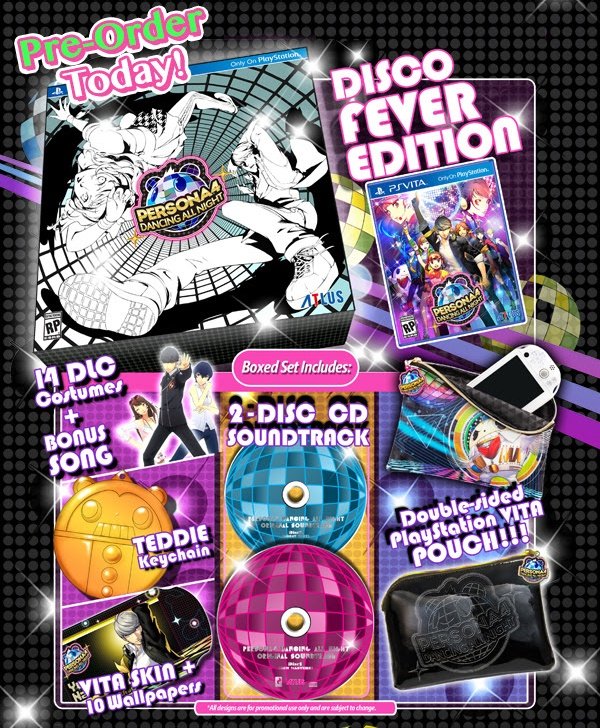