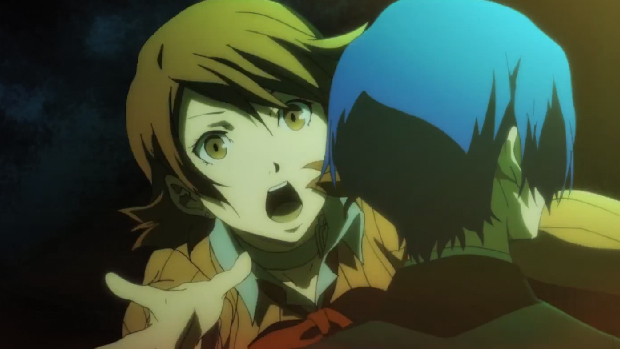 Persona 3 The Movie #1 Spring of Birth will manifest in English on May 20, Aniplex USA has revealed.

In addition to a Blu-ray of the directors cut, a collectors edition featuring a soundtrack disc, art book, stickers, and illustrated cards is now available for pre-order. Unfortunately, both versions are pretty pricey. The standard release will set you back $59.98, while the deluxe set commands a $79.98 price tag. And that’s after a round of introductory discounts. Yikes.

The asking price certainly stings, especially considering this is merely the first chapter of the story, but you know I’m shelling out for it regardless. There’s just no way I’m missing out on the animated adaptation of one of my favorite games ever.

That said, those looking forward to English voicework will be sorely disappointed, as there isn’t any. And the subtitles are limited to the feature film itself, making the inclusion of the Japanese-only special features and audio commentary something of a tease. So that’s not exactly great.

Still, it’s the Persona 3 movie, you guys! It’s going to be amazing! Get hype!

Persona 3: The Movie #1: Spring of Birth [Aniplex via Siliconera]