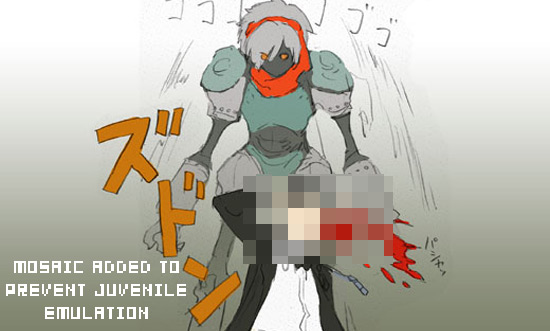 Siliconera has word that Japan will be seeing a Persona 3 prequel in the form of a cell phone game that doesn’t look entirely terrible. Here’s the rundown:

Without delving into too much some events happen pre-Persona 3 Playstation 2 and you get to play through the events in Aigis: The First Mission. Decent looking 3D graphics, a soul point battle system and cameos from characters in the PS2 game (see left picture) for a mere 525 yen ($4.50).

Now that all of you Persona 3 devotees have actually begun contemplating the possible benefits of playing something like this on your KRAZR, let’s examine the possibility of our country ever seeing it. Here’s a list of things likely to occur before this game is localized for American gamers: