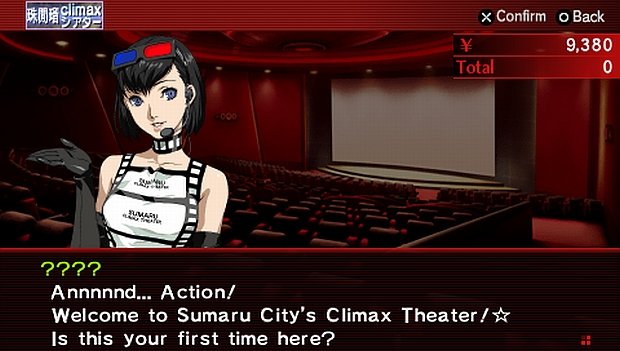 Fans of the Persona series waited more than a decade for Persona 2: Innocent Sin to be released in English, and now that Atlus’ enhanced PSP port has hit shelves, some of those fans are raging, because it seems the game is missing some content that was in the original Japanese release. Specifically pertaining to the game’s “Climax Theatre” feature.

For those not in the know, Climax Theatre is a feature added to the remake that amounts to a set of optional dungeons and events that players can go through for special rewards, story details, new challenges, or simple level grinding. It seems that the Japanese version also allowed players to construct custom quests, which angry fans claim Atlus USA promised, but did not include in the final North American release.

We asked Atlus for comment, and Atlus PR Manager Aram Jabbari had this to say:

As has been the case with other similar games and their custom content features, a number of challenges—technical and otherwise—prevented the inclusion of the basic creation/customization functionality within the Climax Theatre for the North American release of Persona 2: Innocent Sin for PSP System.

The content in question was never promoted for the North American release.

The phrase “other similar games” reminds me of when NIS America was forced to simplify Disgaea 4: A Promise Unforgotten‘s custom map editor feature due to “regulation differences” between Japan and the US/EU regions, or when Sega cut a Japanese history quiz minigame from the English release of Yakuza 3. I guess not everything is easy to bring across the pond.

This comes as something of a disappointment, but I’d be the last person to associate a Persona game with user-generated content. Who knows what kind of hyper-erotic custom missions I might encounter out in the wild. I’ve got Comiket for that sort of thing, thank you very much.

[Thanks for the tip, Donald!]