You hear people saying that the Wii is at its best as a social console; the success and popularity of Wii Sports speaks volumes to support this.

So while the Wii console itself only ships with a single Wii Remote, many games support up to four. Nintendo offers its own first-party options, selling the Wii Remote as a stand-alone peripheral or bundled with Wii Play. Now Nyko is making your decision a bit more difficult with its third-party Wii Remote, which they’re calling the “Wand.”

Many third-party controllers aren’t worth your while, the black sheep of your controller collection, leaving your friends and family fighting over which sucker gets stuck with it.

First and foremost, understand that the basic functionality of the Wand is identical to Nintendo’s first party Wii Remote. It features full motion-sensing capabilities that work with your existing Wii Sensor bar, it vibrates when it should, and the built-in speaker makes emits sound when it’s supposed to. For all intents and purposes, this thing is a Wii Remote with Nyko’s name stamped on it, and slightly different colors and an altered form-factor (which I’ll get to in a bit).

As far as the basic functionality is concerned, the Wand works as advertised, at least as well as the first-party Wii Remote. I’ve been using it extensively for the past month, and have no issues with connectivity or signal dropping. I point, the on-screen pointer points. I waggle left, right, up, or down, and games react as they should. The Wand — like the standard Wii Remote — requires two AA batteries, which shipped with the peripheral. They’re still going strong after a month’s worth of near-daily use. 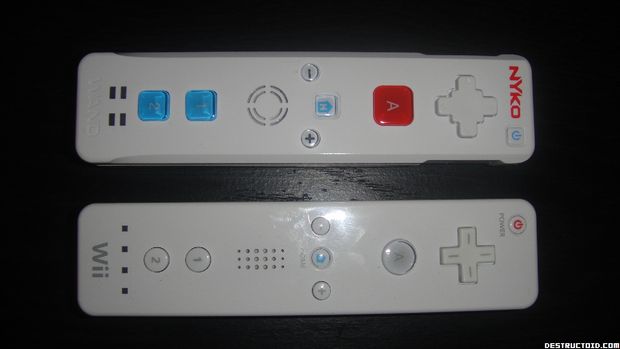 One of the most noticeable changes of the Wand are aesthetic. The buttons are square and colorful — the A and 1/2 buttons are red and blue, respectively — which make it look a bit more like a toy than the standard Wii Remote. The Wand’s battery cover features a gray, rubber grip; the B trigger also features a similar gray material. It’s a bit uneasy on the eyes at first, but once the controller is your hands, it becomes irrelevant.

The fact is, the unsightly gray grips feel nice in your hand. Presumably, if you’re the sweaty type when you play games, this will prevent your fingers and hands from slipping off of the Wand and its B button. But here’s a tip: If you’re sweating that much, you should probably put down the controller and relax. Also, see a doctor about that.
I used the Wand throughout my review of Punch-Out!! for one reason — I like the 1 and 2 buttons better. They’re significantly bigger than Wii Remote’s tiny buttons, making it easier to press, and feeling better on my adult thumbs.

The d-pad is also a bit bigger, adding little nubs for diagonals which don’t seem to add or detract from the pad in any significant way. 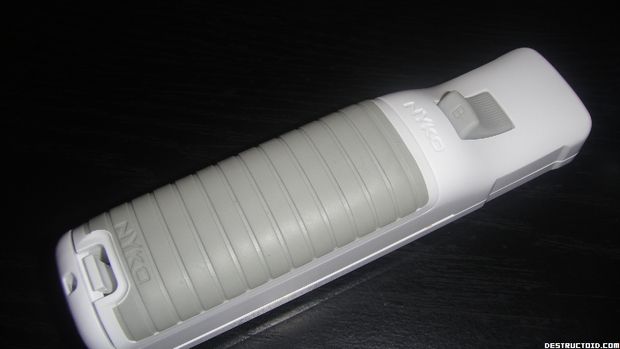 The scale in our peripheral testing laboratory is broken, so you’ll have to take my word that the Wand feels slightly weightier in your hands than the official Wii Remote. When I say “slightly,” really do mean it; when waving around the controller, your arm and wrist won’t get tired because of the slight weight increase.

From a technical hardware perspective, the Wand adds something called “Trans-Port technology.” Here’s what Nyko says its does:

“Nyko’s all-new Trans-Port™ technology, which enables control and vibration feedback to be electrically replicated on compatible attachments, providing for faster and more accurate input response. Current attachments made for the Wii Remote can only access buttons through use of mechanical triggers and provide no vibration feedback.”

In theory, I presume this is kind of neat. But in practice — at least right now — it added next to nothing to my gaming experience. This mostly has to do with the fact that the only peripheral that it’s compatible with (that we know of) is a “pistol grip” gun attachment. According to Nyko, the Trans-Port technology “provides controls not currently accessible with attachments for the Wii Remote.”

With that said, it appears the software would have to be designed to take real advantage of this technology, which means developers would have to assume the user owns and is using a Wand. I’m not entirely sure what the chances of that happening are, to be honest. Because of this, I wasn’t able to use or see this technology in action, making it (right now) a pointless blip on a list of the Wand’s features. 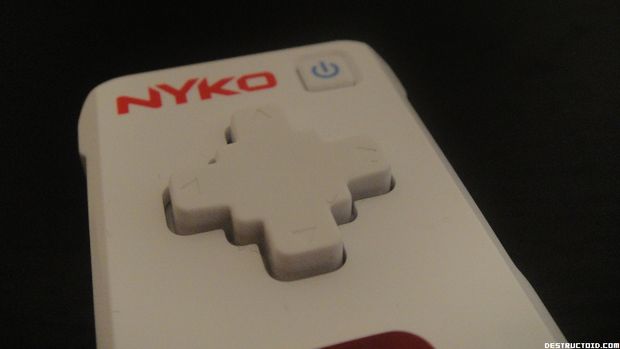 The MSRP for the Nyko wand is $34.99, making it five dollars cheaper than Nintendo’s first-party Wii Remote. Considering the functionality is nearly identical in every way, and the feel of the remote is as good as and in some ways superior to the original, it makes the Wand a pretty decent value. You could also consider picking up the Wii Remote/Wii Play bundle at $49.99, but then you’d be the owner of Wii Play, which some may say is questionable purchase.

If you’ve already picked up the Wii Play bundle and are looking to complete your Wii Remote collection — or would rather use five dollars towards lunch or another game — the Wand is a good, lower-priced alternative.