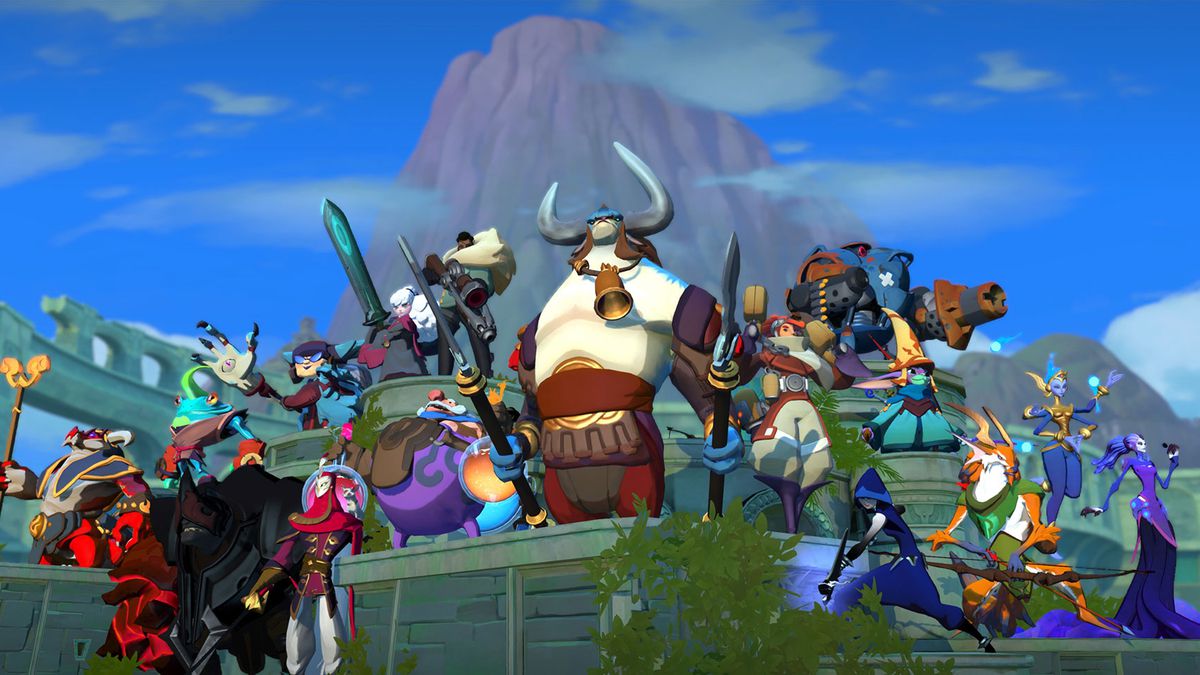 Motiga, the developer behind free-to-play MOBA-like hero shooter Gigantic, will close its doors soon. Employees have confirmed that the entire studio is shuttering and that nearly all of the staff will be left without jobs.

It’s unknown how many former employees are affected, but it seems to be somewhere north of 50. Motiga has had tumultuous staffing issues in the past few years, with mass layoffs becoming semi-regular occurrences.

Motiga’s frequent layoffs mirrored the troubled development of Gigantic. Years went by where the game didn’t seem any closer to launching. Microsoft was the original publisher, but it eventually pulled out of the project in mid-2016. Perfect World stepped in and assumed publishing duties, and Gigantic finally released in July 2017.

Perfect World’s involvement didn’t end at publishing Gigantic, however. It had quietly acquired Motiga and framed the investment as a “partnership.” We asked Motiga founder and CEO Chris Chung about everything surrounding this situation, and he provided a frank and detailed statement. Here it is, in full:

All of Motiga was acquired by Perfect World last year. Perfect World decided to announce the arrangement as partnership by the directions from corporate for the reason we were not privy to.

Yes, [the closure] was the corporate decision. It was a budgetary decision at the highest level. Perfect World as a public company has a profitability goal and they decided to cut parts of the company that were not profitable. In short, Gigantic was not making enough revenue. Unfortunately, Motiga is not the only Perfect World studio being impacted by the decision.

Gigantic will be left at the hands of a maintenance team composed of few dedicated folks at Motiga. They are [an] awesome group of people that will be working on the game until some time in the future when it doesn’t make sense anymore.

Thank you for the kind words. As someone that created Motiga from scratch, it’s a sad day for me but I am proud of the team we built and the culture we established at Motiga. I was hugged by everyone today and you don’t see that kind of reaction in most companies through an ordeal like this.

[Update: Chung sent a second comment shortly after the original one. Here is that statement, in full:

I made the previous statement at a vulnerable moment believing it was a response to a friendly concern. I may not have had all the facts surrounding what happened and I apologize for any error. Today was a tough day for all of us who have been part of this extraordinary journey. We wish the best for everyone that were impacted and we will do everything we can to help them find a new home.]

While Gigantic will live on for the time being, it’s unclear how long Perfect World will keep it afloat. Probably, as Chung says, until “it doesn’t make sense anymore.”

However, Motiga seemingly isn’t the end of this story. More Perfect World properties might suffer a similar fate. There could very well be more closures in the near future.

We’ve also asked Perfect World for comment, but haven’t heard back by time of publication. We’ll update this story if/when we receive a response. As always, everyone at Destructoid wishes the best for all the affected Motiga employees and hope that they land on their feet as quickly as possible.

[Update #2: Perfect World has now sent along its statement. Here it is:

Following the news that Motiga has reduced the staff of its studio, Perfect World Entertainment can confirm that as the publisher of Gigantic, the game will continue to be available on our platforms. A core team of developers remains at Motiga, who will work with us to support the game and its players, including moving full steam ahead with the upcoming November update and future content. We cannot thank everyone enough for their contributions in making Gigantic the outstanding experience it is today.

Perfect World Entertainment recently closed the Seattle office of Runic Games as part of the company’s continued strategy to focus on online games as a service. We’re grateful to the team for all of their hard work bringing incredible experiences like Torchlight, Torchlight II and Hob to life. Runic Games will remain a part of Perfect World Entertainment’s portfolio of studios, and its games will continue to be available to players, as we stay committed to supporting and growing Runic Games’ beloved franchises.

The staff reduction at Motiga and the closure of Runic Games Seattle were unrelated. Perfect World Entertainment stands committed to delivering the best massively multiplayer online gameplay experiences to our players.