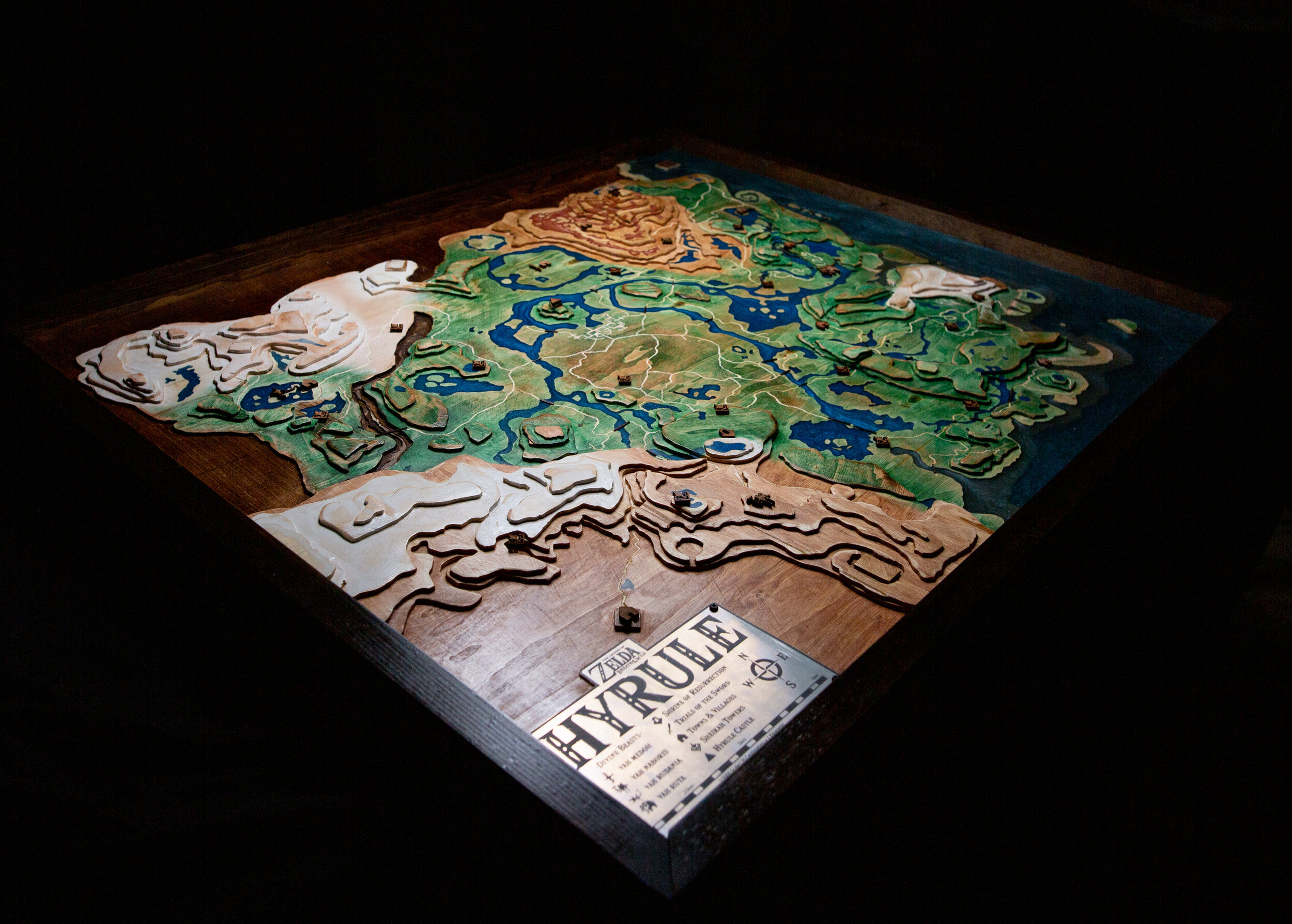 I want all of them

It’s amazing how many people were turned onto the idea of open world games because of Zelda: Breath of the Wild. Although they’ve existed for ages, and Bethesda managed to break through to the mainstream many times before with titles like Fallout and The Elder Scrolls, Nintendo really struck a chord in tandem with the release of a highly popular portable/console device. It was perfect timing.

So many fans have resonated with Breath of the Wild specifically, whether it’s a rekindling of an old Zelda passion or a brand new experience. Mason Drumm externalized that very same passion in a way that’s particularly impressive: a hand-crafted topographical tribute map.

Mason explains that the map was a result of 65 hours of work in his dad’s shop (that’s it?!), and it was his first time working with epoxy and resin. The finished product is hanging behind his desk now: and hanging around in the minds of everyone here for weeks to come, I’m sure.

First a mom creates a realistic map for their son and now a dad helped his son craft their own? It warms the heart and gives me parent goals. You can check out a time-lapsed video of the process below, or check out the gradual gallery-based creation here.