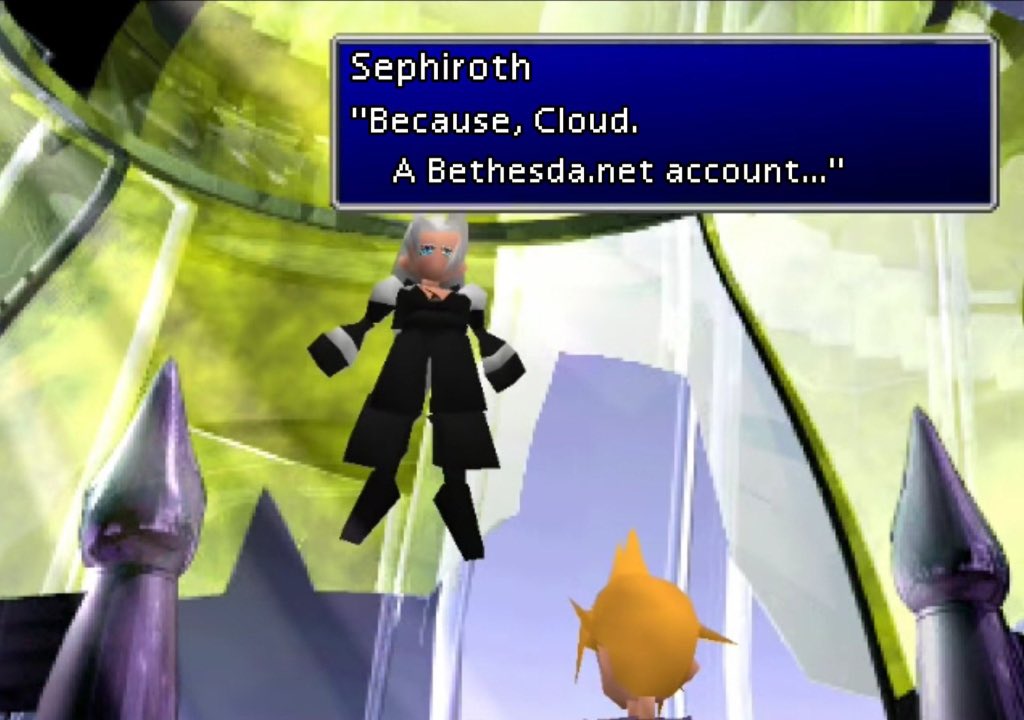 Folks who picked up the (non-bundled) Doom Trilogy on Switch this week were met with a rather odd requirement for the (in two cases) now decades-old games: a Bethesda.net account.

Billed as a way to connect folks with the “Slayers Club,” the games required players to log into an online account for what are ostensibly offline games, much to the chagrin of pretty much everyone involved. Although it was later revealed that you could have the UI remember your login, the requirement was as confusing as it was frustrating.

Bethesda updated everyone today on the issue, noting that it “should be optional” and that they are “working on changing the requirement to optional now.” This will likely be a quick fix, and if I had to guess, it’s incoming very soon. Folks still used this as an opportunity to poke fun of the whole debacle, editing in the same online requirement to other re-releases like Kirby’s Adventure and Final Fantasy VII.

We’ve embedded a few of the best ones below!

shit not another one