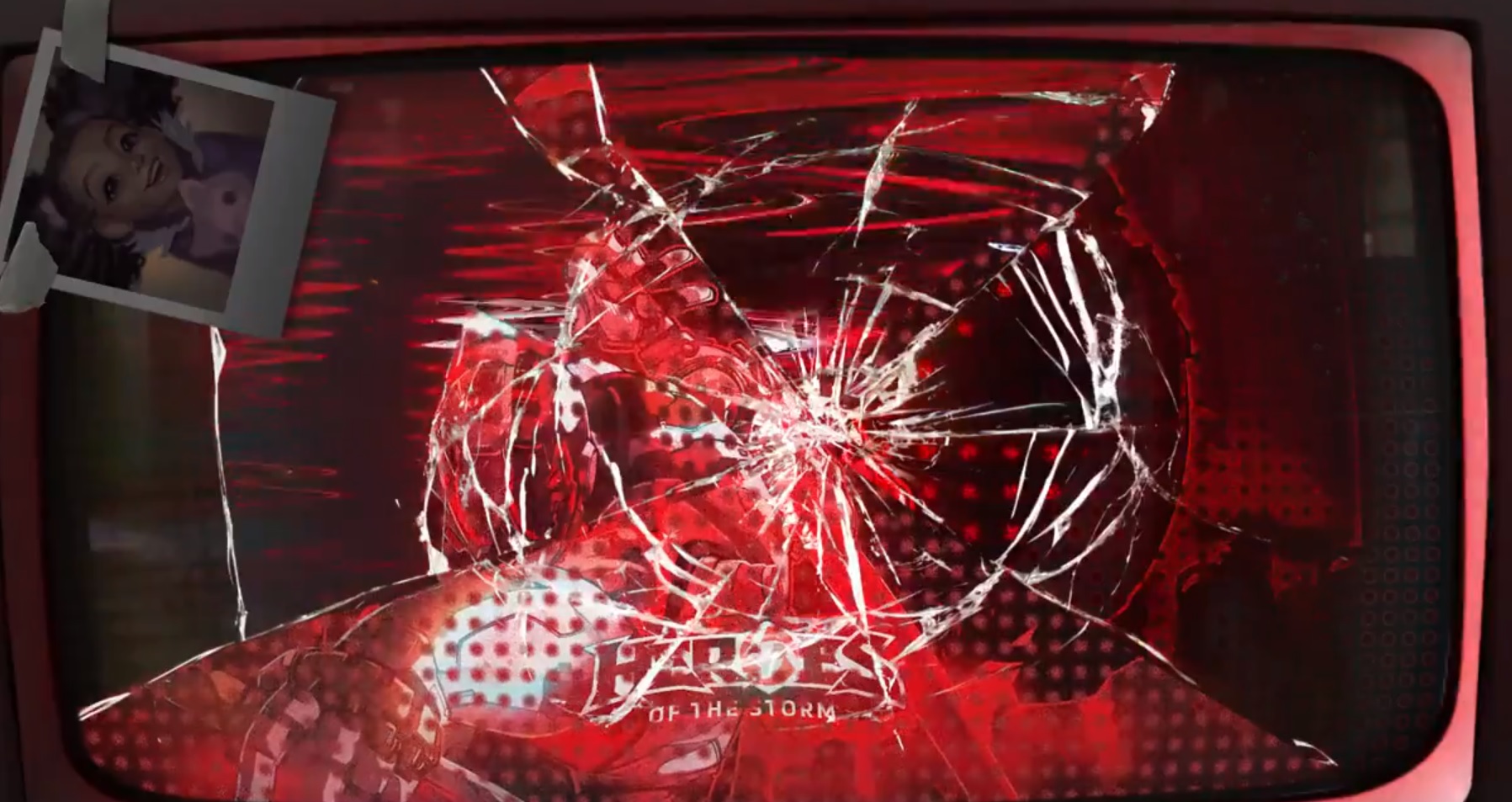 Blizzard has been doing a bang-up job with both Heroes of the Storm and Overwatch. What would normally be an innocuous cosmetic drop has now become a series of events, and most recently the former is elaborating on its GI Joe vs. Cobra-esque universe with skins for the Viper organization.

Genji, Ana, and Stukov will all be getting appropriately evil skins, which sport several tints. But what folks are really talking about is a small bit at the end. Following a short clip showcasing the skins with a bit of in-universe flair, the clip zooms out to a television screen: then, someone punches it and a photo of a young girl that was taped to it falls into view.

In the last day or so I’ve seen a lot of theories pop up on Twitter, most of which are Overwatch related. Some people are saying that the photo is a young Pharah, but that doesn’t seem to match up to her Overwatch counterpart. The interjection that it could be Soldier: 76 punching the TV is just as valid as any other theory (given that it’s a generic suited-up hand), and he would have contempt for the rise of yet another terrorist organization like the one he battles on an ongoing basis, Talon.

It could be nothing, but Blizzard usually errs on the side of the long game, so maybe months from now we’ll go “ohhhhhhhh.” For now we’re getting skins.

The terrorist organization Viper wasn’t the only criminal paramilitary outfit that had desired to conquer the world, but they were the first to accomplish their sinister goals. pic.twitter.com/brDszY85Jb