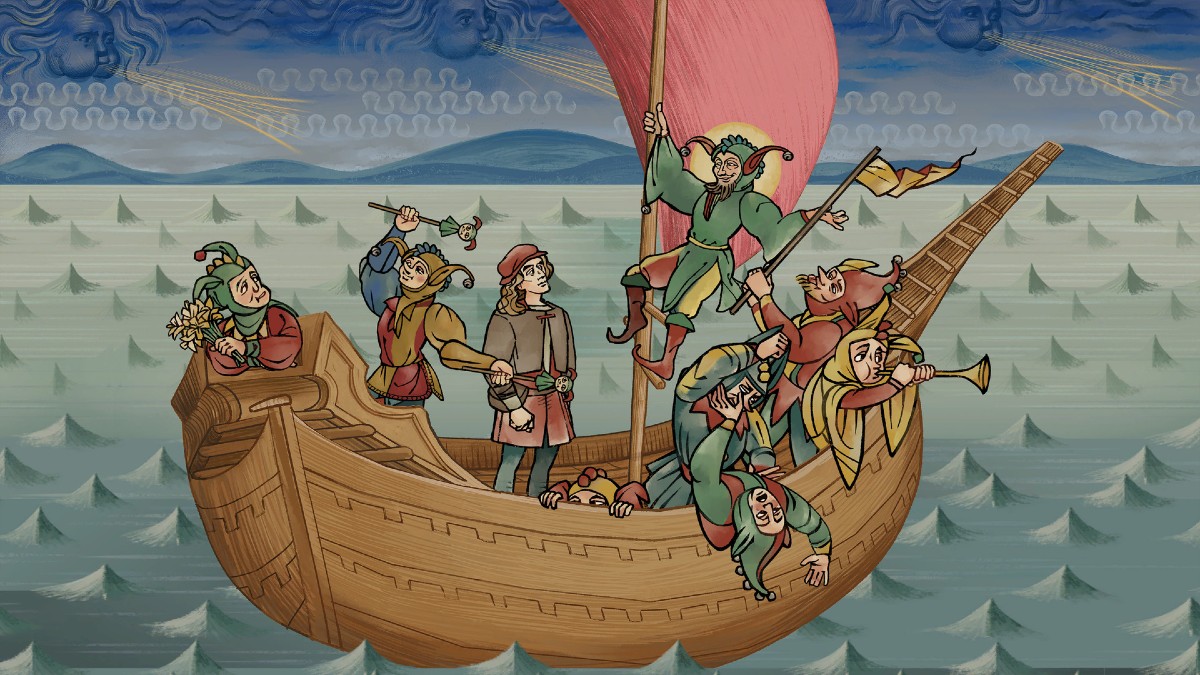 The following contains mild spoilers for Pentiment. If you haven’t played it yet, go do that right now! Then come back and see us.

Obsidian is in peak form, if you ask me

We’re already looking ahead to an amazing year of releases in 2023, but part of me still can’t let go of one of my favorite games of last year: Pentiment. Although it was released mid November of 2022, I didn’t play it until a month later when we were in the midst of the end of year rush, so I didn’t get to give it as much attention as I thought it deserved. So here I am, taking a moment to highlight not only what a great game I think Pentiment is, but also my thoughts on how this game’s mere existence, along with its subsequent success, is actually a good thing for the games industry as a whole. Let’s get into it.

In today’s market, singularity is everything

Say what you want about Pentiment, but there is one thing you can’t deny: the game is entirely singular in the games industry. From its art style to its setting to its story to its gameplay, there’s nothing I can point to and say “eh, they did it first” or “they did it better.” I’ll start with the art. A key characteristic of the game’s protagonist, Andreas, is that he’s an artist. It would have already been a brilliant decision to go for a style that accurately recreates the art style of the period that the main character is actively creating in the game, but the fact that it ties back into the narrative so seamlessly as a storybook recounting the history of the town of Tassing — it’s near perfection if you ask me.

Plus, it’s just a really beautiful game — the distinct visual style is credited to its art director Hannah Kennedy. The crisp lines filled with vibrant, painterly hues is such a refreshing take on an era that’s usually depicted in various shades of gray and brown. The stylized art also has the benefit of aging well, too, so it’ll be a joy to replay in the coming years and decades (something I could find myself doing a lot based on how much there is to do and see).

Shining a spotlight on the transition to the Modern Era

I’m there’s something out there I’m missing, but from what I can tell, pretty much every other game set in the late Medieval period is a third person action game or a strategy game. It’s fun to see the era get some love from one of my favorite genres: point-and-click. Murder mysteries and point-and-click have long been an excellent match, and Pentiment is yet another prime example of this. It also just makes some really great design decisions that makes me wonder why they’re not a more regular thing.

For instance, you can go around and talk to pretty much everyone at any given time, and when you interact with a character, one of two things will happen — either you’ll transition into a conversation, or they’ll simply throw out a speech bubble with some kind of greeting. It’s such a little thing, but only launching into full conversations when a character has new information to discuss with you is such a nice feature. It give you a sense of progress, and doesn’t waste your time with drawn out exchanges that won’t get you anywhere.

This simple mechanic also pairs really well with the journal, which is the game’s way of keeping track of your quest progress. Rather than prescribing what tasks you need to do in order to progress, most of the time the journal simply records your discoveries. When you read it back, you can see there are plenty of threads to follow without simply pushing you along a particular path. You don’t feel lost, and you don’t feel talked down to. I wish more games would implement quest systems like this.

I love a good story that leaves me with more questions than answers. It has to be asking thoughtful, compelling questions, but when executed right, stories that leave me wondering are often the ones that impress upon me the most. Pentiment‘s story isn’t perfect, but it’s a game that’s had me thinking about the relationships between morality, religion, grief, and art for weeks after I rolled credits.

The game never gives you definitive answers on who the killers are (at least, beside who the puppet master of the whole affair, but that’s a whole other conversation). This might be discouraging for some, because of course in games like this, we’re used to the Scooby Doo-esque unveiling of the villain at the end. Instead, the game challenges you to follow the leads you find most compelling, use your best judgement, and live with the consequences of your decisions without the confirmation of whether your instincts were correct or not. In a medium that seems to tell very few stories with that true sense of ambiguity, I find Pentiment‘s dedication to the unknown to be an incredible feat.

The secret ingredient is love

The one thing about Pentiment that comes across the strongest after only minutes of playing it is that this time was made with so, so much love. The game is the love child of Obsidian game designer and Pentiment director Josh Sawyer, who worked on classics like Fallout: New Vegas and Pillars of Eternity. The game was pitches years ago, but the fact that it was finally made after all this time and with such care is a testament to the strength of the premise, and to the dedication that went into bringing it to life.

It’s the most minute details that give it away, like the fact that the dialogue of those who work with the printing press appears all at once, as opposed to the scrawled-out hand we usually see from the other characters, or the use of an art style for the Ethiopian Brother Sebhat of Sadai who is depicted in the art style of his home country. And the glossary that explains all of the historical context of the names, places, and items mentioned throughout? That’s just evidence of a team that put a lot of time, effort, and love into chasing down every last piece of pertinent research.

For years, one of my biggest hopes for the games industry is that larger studios with big teams and seemingly endless resources would break off into smaller teams and bring their passion projects to life — it seems that’s exactly what Obsidian did in this situation. Of course we love the epic blockbusters that a studio will release every handful of years (I am certainly looking forward to The Outer Worlds 2), but to have more frequent releases in the mean time that are highly polished, unique, and clearly exist become someone is really excited to bring that vision to life? That’s my literal dream coming true.

Pentiment may not even be considered the best game of its release year, but I can tell that its legacy will last longer than most. It’s just a solid game all around, and in a time where it feels like a lot of studios are only focusing on releases that will generate the most profit over a creative vision, Pentiment is a breath of fresh air in the midst of that stale heartlessness.

I’m hoping with my whole chest that Pentiment starts a new trend in the industry, because of course I want a return to smaller-scale, story-focused games. But really, what I want more than anything is for these larger game companies to wear their bleeding hearts on their sleeves, and Obsidian is certainly off to a fantastic start in that regard.