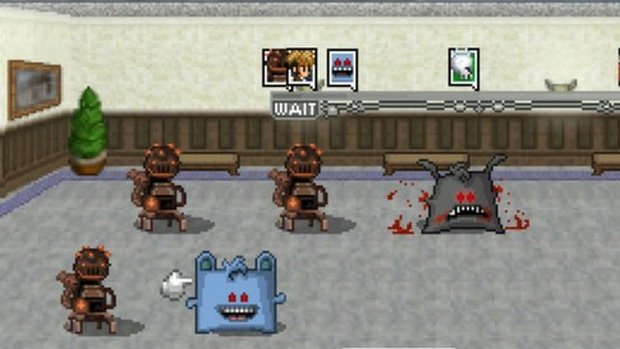 The third installment in the Penny Arcade Adventures: On the Rain-Slick Precipice of Darkness has released for PC. You can snag the retro-inspired RPG from Zeboyd Games, continuing the misadventures of Gabe, Tycho, and friends as they kill Gods and push the city of New Arcadia towards an apocalyptic destiny, on Steam for $4.99. Orders placed by Monday, June 2nd, will also receive giftable copies of Zeboyd’s previous two titles, Breath of Death VII and Cthulhu Saves the World.

I’ve played the opening hours of the game, clearing the tutorial area and reaching the point where the class-based mechanics start opening up to the player. I dig the pairing of Robert Boyd’s design approach with the writing style of Jerry Holkins and, thus far, it feels like a proper extension of the series despite being dramatically different from the two prior titles from Hothead Games.

The game hasn’t cropped up on Xbox Live Indie Games yet, having experienced a short delay while a rather unlikely bug gets ironed out. Not being able to set a firm release date for your game is all a part of the XBLIG experience, though, so I’m sure we’ll see it there toot sweet. Or you could just pick up this version and skip the wait.