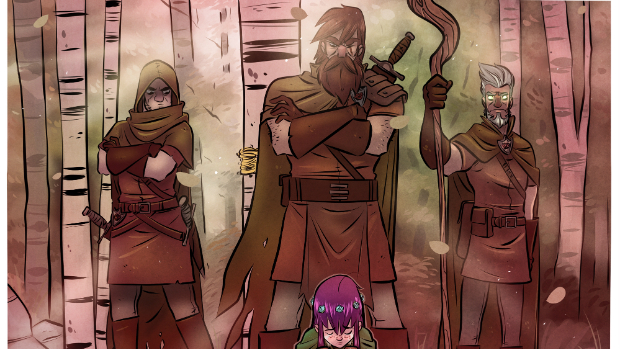 You know, if Telltale would have it

In a question-and-answer session at PAX East today, Penny Arcade founders Jerry Holkins and Mike Krahulik got onto the topic of their fantasy IP Thornwatch, which Krahulik has developed into a tabletop game. In an offhand comment, the pair mentioned that they would love to work with Telltale on an adventure game in the universe. The vision sounded a bit like Game of Thrones, in that it would incorporate various viewpoints from within the universe, including the Lookouts and the Daughters of the Eyrewood.

Unknown to Holkins and Krahulik, Telltale co-founder Dan Connors had stayed in the room after his own panel, and had heard the entire pitch. Though this is far from confirmation that the two companies will work together in the future, it is certainly plausible given how the developer has formed collaborations in the past. I wouldn’t be surprised if this actually ended up happening.