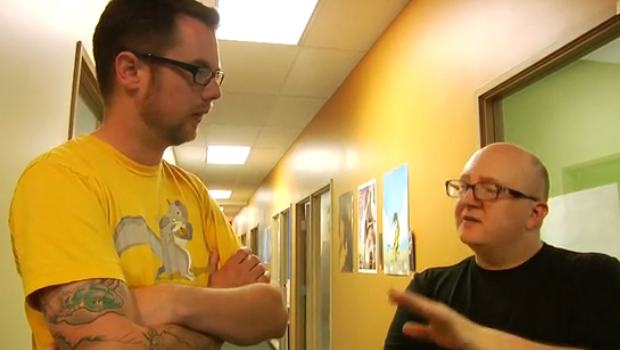 One expects a little cynicism from a satirical web comic, but Penny Arcade’s new Kickstarter project takes things to a new extreme. The company is asking for $250,000 to remove one advertisement from its site. Not only that … it intends to crowdfund the removal of this ad every single year.

At $525,000, Penny Arcade will terminate all ads on the frontpage, while $999,999 will see the eradication of ads across the entire site. There are all manner of other rewards too, ranging from the tangible to the conceptual. Once a year has gone by, PA intends to run the Kickstarter again.

It’s an incredibly silly fundraiser, to the point where folks are wondering whether Tycho and Gabe are actively trying to make fun of everybody. Some are outright mad at the company, claiming that anybody who donates is a “hypocrite” for their assumed hatred of Anita Sarkeesian (though, on that note, I doubt PA will get rape threats like she did). Others are defending the project with righteous indignation, because God knows we can’t do anything in games lately without a massive war breaking out.

As for me … well … it’s dumb. That’s what I think. It’s pretty much all I think. Hardly worth getting upset one way or another.