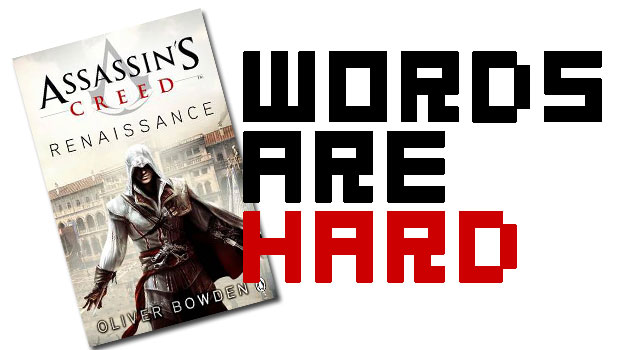 If playing and watching Assassin’s Creed isn’t enough for you, Ubisoft and Penguin Books have announced that it will be publishing a book based on the upcoming sequel.

Assassin’s Creed Renaissance will hit shelves this November, closely following the release of Assassin’s Creed II, and we know little about it. Really, the press release announcing the work of fiction doesn’t say if the book is a prequel, a follow-up, or an adaptation to Assassin’s Creed II. Penguin Books’ Editorial Director Alex Clark says that the game and its fiction “dovetails perfectly with the appetite of historical fiction fans,” which tells us absolutely nothing, really.

I guess we’re going to have to — gasp! — read the 496-paged Assassin’s Creed Renaissance in order to find out, eh?