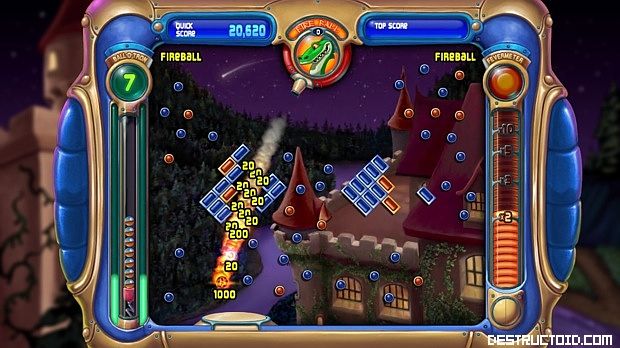 Now this is great news: According to Joystiq, Peggle is hitting the App Store next Tuesday, May 12. The price is unknown, but chances are it won’t be ridiculously priced. Joystiq is guessing around five to six bucks. That sounds just about right.

Oddly enough, we don’t know much about about Peggle for iPhone/iPod Touch. If the sugary sweet series’ recent hop to Xbox LIVE Arcade is any indication, it’s probably going to rock. (Whoops, there goes that whole “cautiously optimistic” thing.) Pray for your battery, iPhone crowd — something tells us that it’s going to be spending a large amount of time in the red.