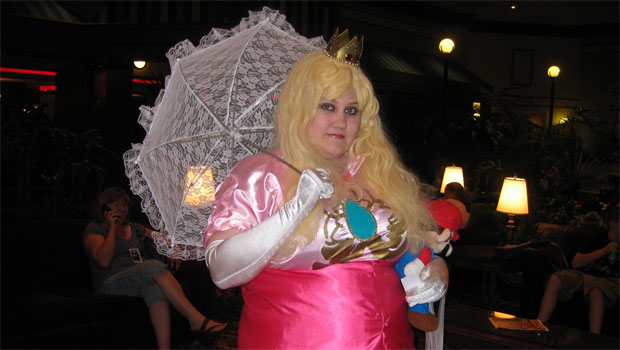 In the upcoming New Super Mario Bros. Wii, up to four players can play controlling one of four characters — Mario, Luigi, and two different colored Toads.

Why two toads instead of what might seem like the obvious choice, Princess Peach? Creator Shigeru Miyamoto answered this question (asked by Wired Game|Life’s Tracey John), and the answer was… surprising. Turns out, you can blame her signature pink dress.

“Originally, I thought it would be nice if we could have Princess Peach in there as a playable character,” he said through a translator, “but in fact, the Toad characters have a physical that’s a little bit closer to Mario and Luigi. In particular, if we had one character ou of the four that wore a dress, we would have to have special processing and programming to handle how the skirt is handled within the gameplay.”

Miyamoto-san, 1988 called and wants to know if you’d like to borrow its copy of Super Mario Bros. 2 for the NES. I kid, of course. But I do wish I could get some more Peach action in our Mario games. There’s always New Super Mario Bros. Wii 2.