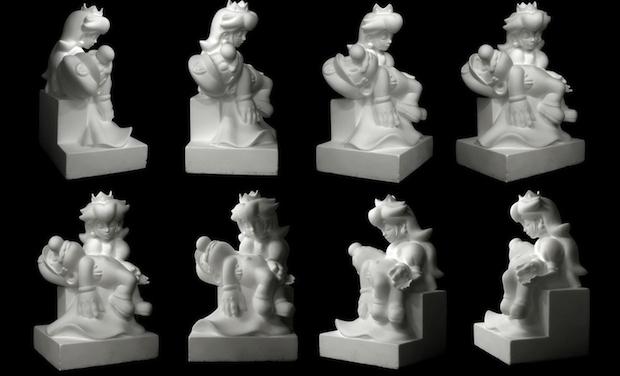 In videogames, and Mario games especially, we rarely think of death in the same way we would in a real world context. Touching goombas may be hazardous to an Italian plumber’s health, but even after all lives are lost and the dreaded words “Game Over” appear on screen, there’s always the reset button. Not so in this piece by deviantART contributor Kordian Lewandowski.

Forever carved into styrofoam is a scene of Peach, cradling her beloved’s limp corpse after one too many fall into a lava pit or Bullet Bill to the face. She mourns, eyes closed, over Mario’s death. The piece is curtly, but fittingly titled “Game Over.”