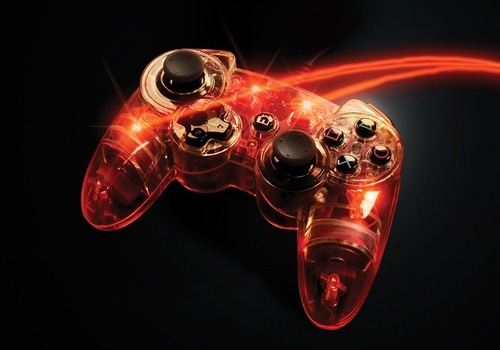 When I was a kid, I had an arcade stick for my Sega Genesis that continues to hold a special place in my heart. So much so, that I’ve since tracked down an identical one to have a matched set. They were great because of the turbo you could adjust with a dial and blinking LEDs would show you the rate at which they buttons were triggering off. A useful and practical application of light if I’ve ever seen one.

Since then, I’ve seen a lot of lights on a lot of controllers. Hell, some controllers seem to be nothing but lights, such as the Afterglow line that PDP produces. In my youth, those would have served double-duty as a light source under the covers for late-night reading.

PDP will be showing a new set of input devices in the Afterglow line at PAX in September. These new controllers, designed for all three console platforms, will be henceforth referred to as Afterglow Prismatics. Supposedly, they will have a feature that will thrill and excite gamers. Man, I can’t begin to guess what that could possibly be.

I bet they change color if you put them in water or something. Or maybe if you just plug them in. I don’t know, that whole “prismatic” thing really has me stumped.