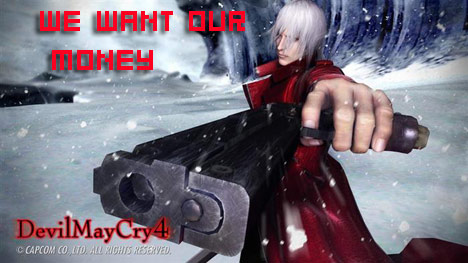 Recently on the Unity forums, fans inquired about Devil May Cry 4’s lackluster PC sales, and how Capcom felt about it. Christian Svensson responded that while he can’t speak for the entire company, he wasn’t exactly pleased about his perceived reasoning behind it all: pirates.

I’m not sure about how Capcom in general feels but It’s not doing as well as I would like in the US at retail. It’s such a good version and it really deserves better sales. I know it’s getting pirated to hell and back (it was up on torrents literally the day it shipped).

Svenson and others (such as Ben Judd) are pushing for digital distribution, but thus far Capcom Japan has been cautious to embrace the idea fully. That hesitancy might disappear after his next scheduled presentation on the subject goes before the powers that be, but as Svenson said, “No promises. It might not happen.”

Even with a mediocre Metacritic score of 77, DMC4 is easily one of the more enjoyable games I’ve played this generation. Do you think that Steam is the answer to this problem, or is something else at work here?