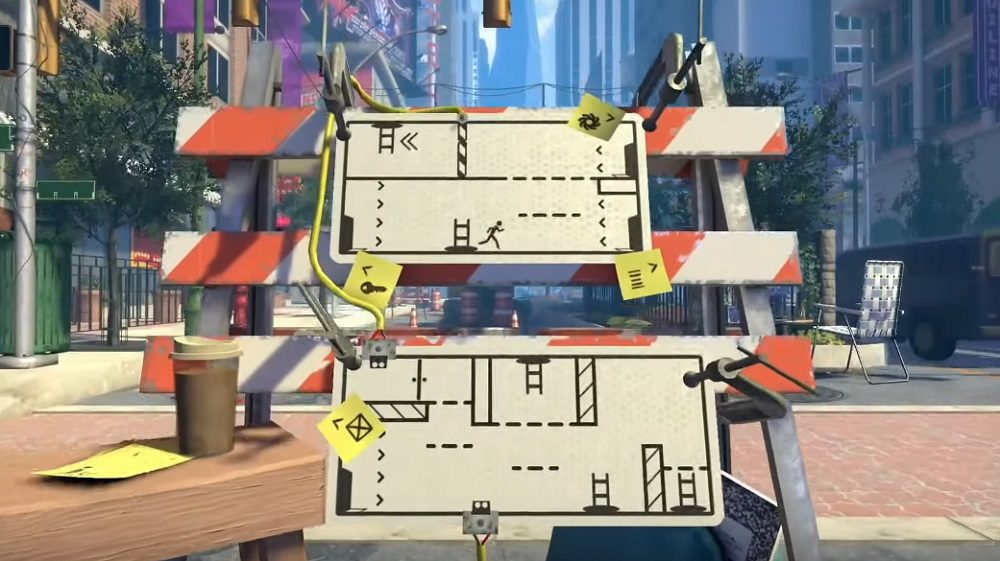 Skookum Arts’ The Pedestrian is coming to PS4 in the new year. As revealed during yesterday’s State of Play presentation, the quirky and inventive puzzle-platformer will arrive on Sony’s black box in January 2021, almost a year after its original release on PC.

In The Pedestrian, players guild a simplistic, Ted Bellingham-style figure through a variety of “real-world” environments, traversing through each new are via road signs, wall charts, graphs, sketches, and other 2D locations littered throughout the environment. Players must plot a course for our hero, rearranging, relocating, and connecting these images in order to provide The Pedestrian safe passage to the exit.

It’s better displayed than described, so be sure to check out the new trailer above. The Pedestrian launches on PS4 in January 2021. It is available on PC via Steam right now.