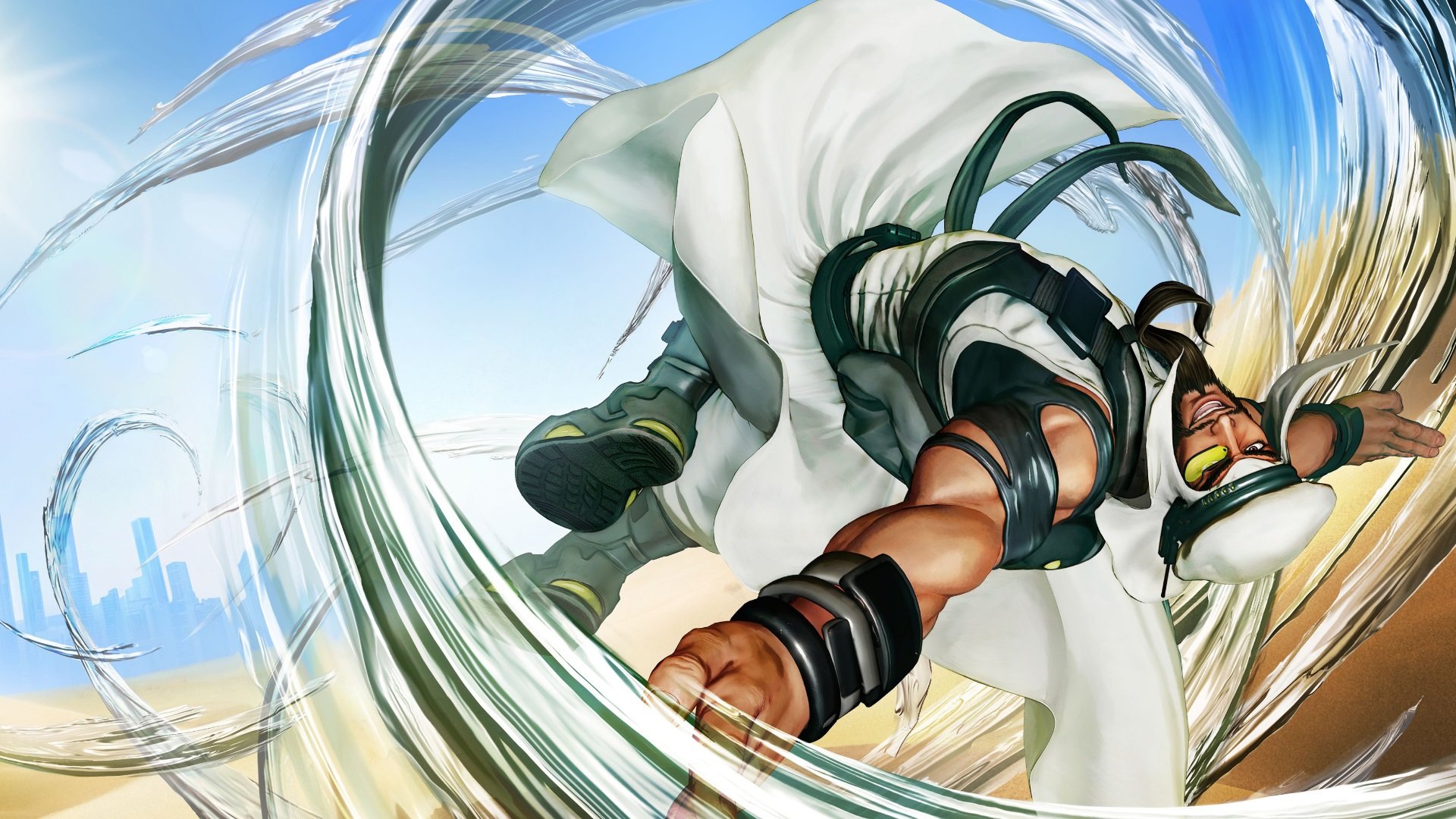 Not exactly a knockout port…

Street Fighter IV is the only game I’ve ever plugged enough hours and practice into to play somewhat competitively. At my first tournament, I got beaten by a guy dressed as Cody, ironically the same character I was playing as. It was weird, but still an experience I look back on fondly.

Unfortunately, Street Fighter IV had a patchy history on the PC. While it ran well, it was plagued by delayed updates and Games for Windows Live DRM right up until the shackles were finally removed with Ultra. Because of that, I’ve been excited to get my hands on the freshly released Street Fighter V and see how it is on PC.

It uh… it has its problems, to say the least.

It’s the only game I’ve ever plugged enough hours and practice into to play somewhat competitively. At my first tournament for Super Street Fighter IV, I got beaten by a guy dressed as Cody, who ironically was who I was playing as. It was weird, but still an experience I look back on really fondly.

Unfortunately, Street Fighter IV had a patchy history on the PC. While it ran well, it was plagued by delayed updates and Games for Windows Live DRM right up until the shackles were finally released with Ultra. Because of that, I’ve been really excited to get my hands on the freshly released Street Fighter V and see how it runs on PC.

It’s an uh… complicated port, to say for sure.

It’s the only game I’ve ever plugged enough hours and practice into to play somewhat competitively. At my first tournament for Super Street Fighter IV, I got beaten by a guy dressed as Cody, who ironically was who I was playing as. It was weird, but still an experience I look back on really fondly.

Unfortunately, Street Fighter IV had a patchy history on the PC. While it ran well, it was plagued by delayed updates and Games for Windows Live DRM right up until the shackles were finally released with Ultra. Because of that, I’ve been really excited to get my hands on the freshly released Street Fighter V and see how it runs on PC.

It’s an uh… complicated port, to say for sure. 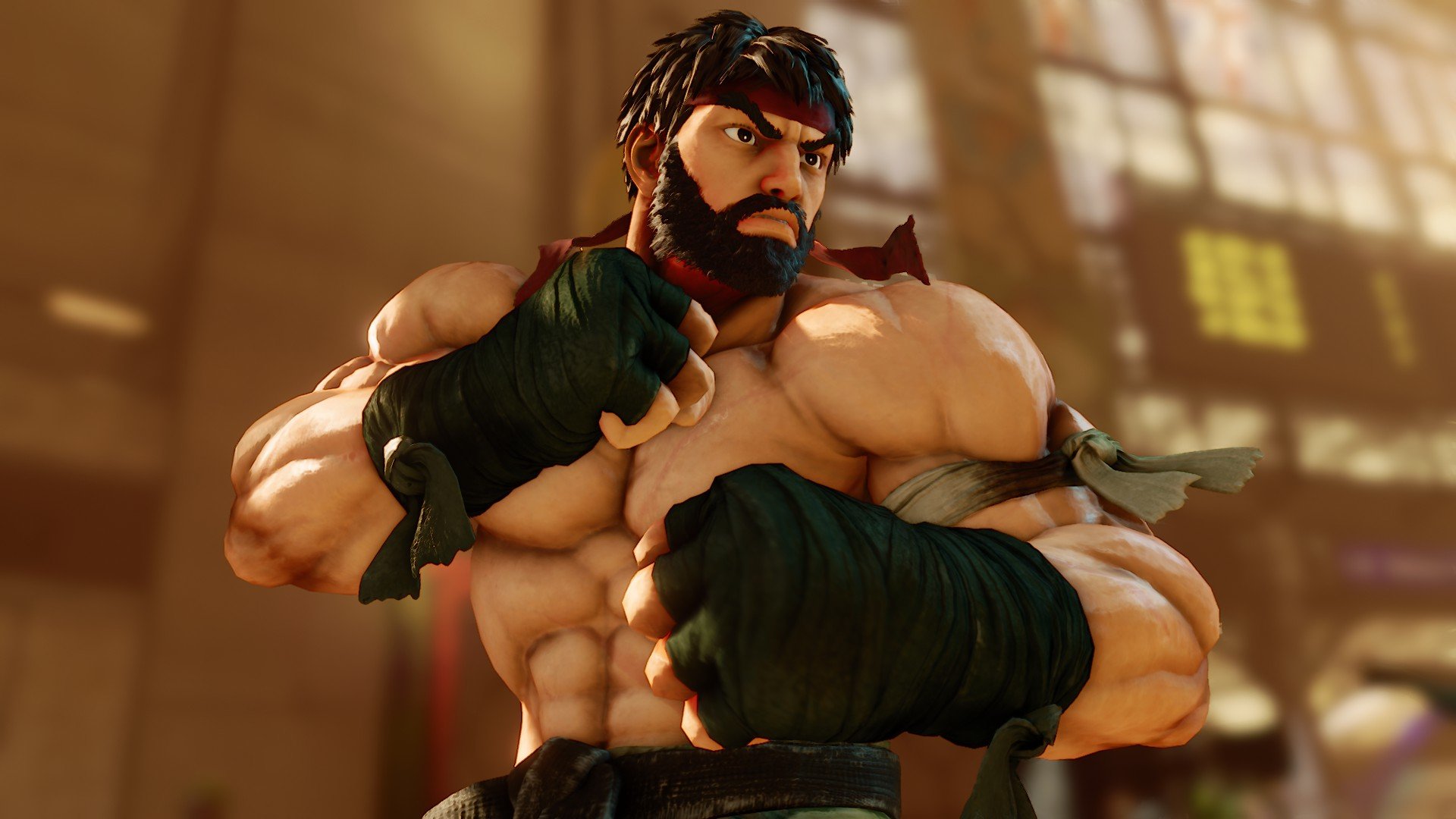 First up, PC options. Fighting games aren’t particularly known for their large amount of choice when it comes to graphics options, but even then I was pleasantly surprised by what’s on offer. It’s still not as good as most other types of games, but there is an attempt at letting you tweak things like anti-aliasing and post-processing.

It’s not perfect, as I would’ve liked to be able to disable Vsync to cut down on (admittedly already minimal) input delay, yet that option’s nowhere to be seen. As far as fighting games go, though, I’d say it’s up to scratch. You can even tweak where elements of the HUD are on the screen, which may come in handy for some players.

Try watching this video on www.youtube.com, or enable JavaScript if it is disabled in your browser.

Unfortunately, controls are where things start to fall apart for Street Fighter V. Keyboard players will be disappointed to hear that you’re unable to rebind to any key on your keyboard. Instead, you’re limited to a group of keys (WASD, BNM, GHJK) that you’re able to use to swap inputs between like a regular arcade stick. This sucks for left-handed players, disabled players who use third-party peripherals, and people with bigger hands who may need to space out the keys a bit more than the setup Capcom is providing.

If you’re lucky enough to be playing with an arcade stick, you may also run into problems. If you use a stick based on Xinput, like my Qanba Q4RAF or any other Xbox 360 stick, you’ll have no problems at all as they’re supported natively. However, if you use a PS3 or PS4 stick, such as the officially branded Street Fighter V ones, you’ll be required to install a third-party program like x360ce to get it working properly.

Fighting games are by far the most framerate-dependent genre out there. If you want to get any semblance of a playable experience, you will need a solid 60FPS. My own experience performance-wise has been entirely positive. With every setting pumped up to the absolute highest, I’m still getting a locked 60FPS during gameplay. I have some incredibly rare dips of about five FPS or so during intro and outro cutscenes, but they don’t impact the gameplay at all.

However, there are also plenty of reports saying that there are problems with certain rigs. Many people are having trouble forcing the game to use their graphics card over their integrated graphics on gaming laptops, which is causing much lower framerates even at the minimal settings. I can’t confirm these reports myself as I don’t have access to a gaming laptop, but it is worth keeping in mind. 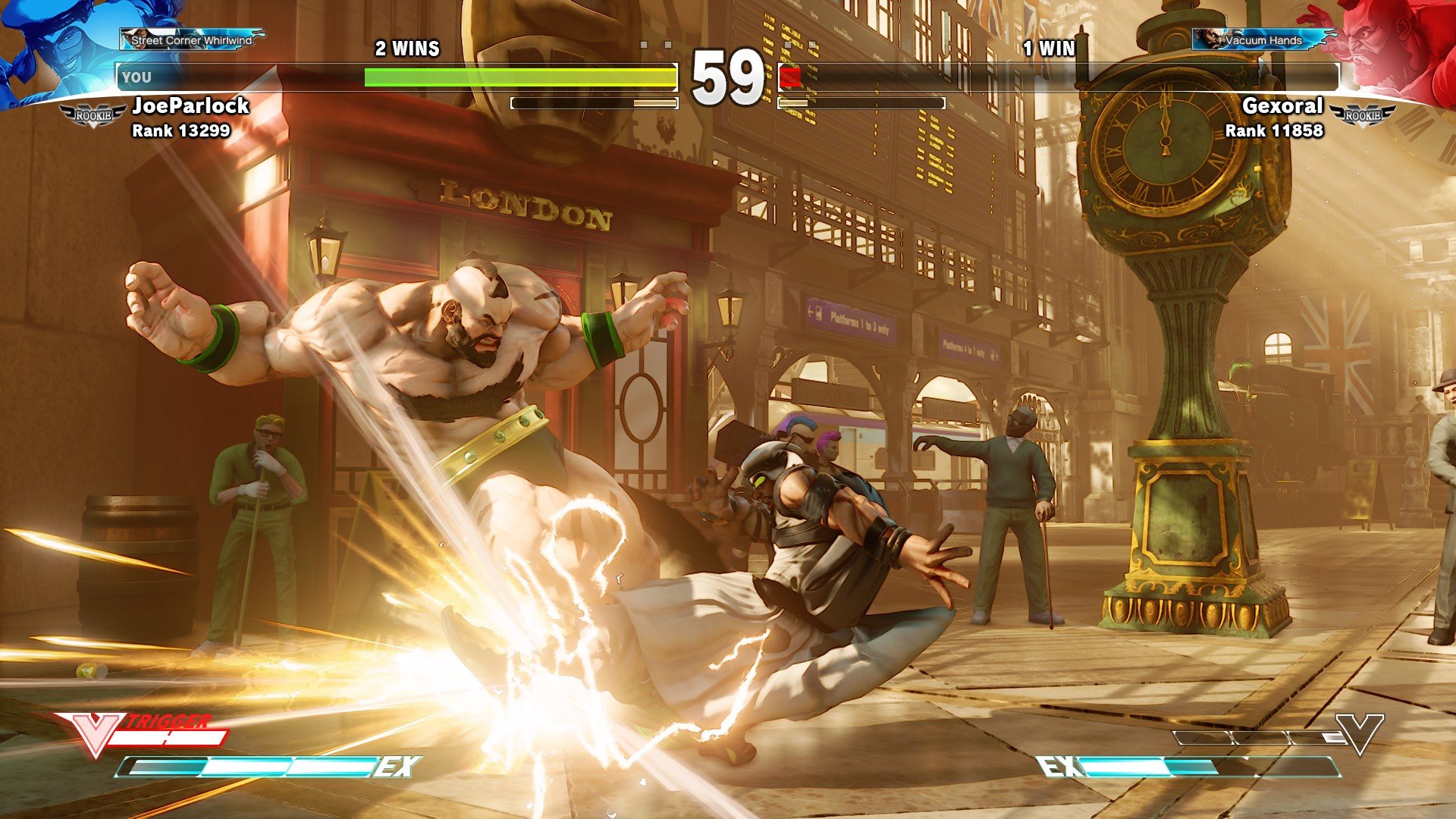 Street Fighter V’s netcode is great. I’ve had very few games with notable lag, and most problems I’ve had are due to the frameskipping caused by an opponent with an FPS lower than 60, which can be protected against by using the provided matchmaking filters. Even playing against PlayStation 4 players in cross-platform multiplayer worked well, and I haven’t noticed either PC or PS4 being any laggier than the other. While it is difficult to test for certain in launch conditions, it feels to me as though the netcode is a marked improvement over Street Fighter IV’s, where I had frequent, game-breakingly laggy partners.

Sadly, all of that is assuming the servers actually work. It’s launch day, so people are pounding the servers, and that’s resulting in so many problems with matchmaking, stat-tracking, and actually keeping in the fights when you do finally get connected. UK Editor Laura and I spent the better part of four hours trying to make a private lobby to no avail, despite both of us still being able to find games through random matchmaking. 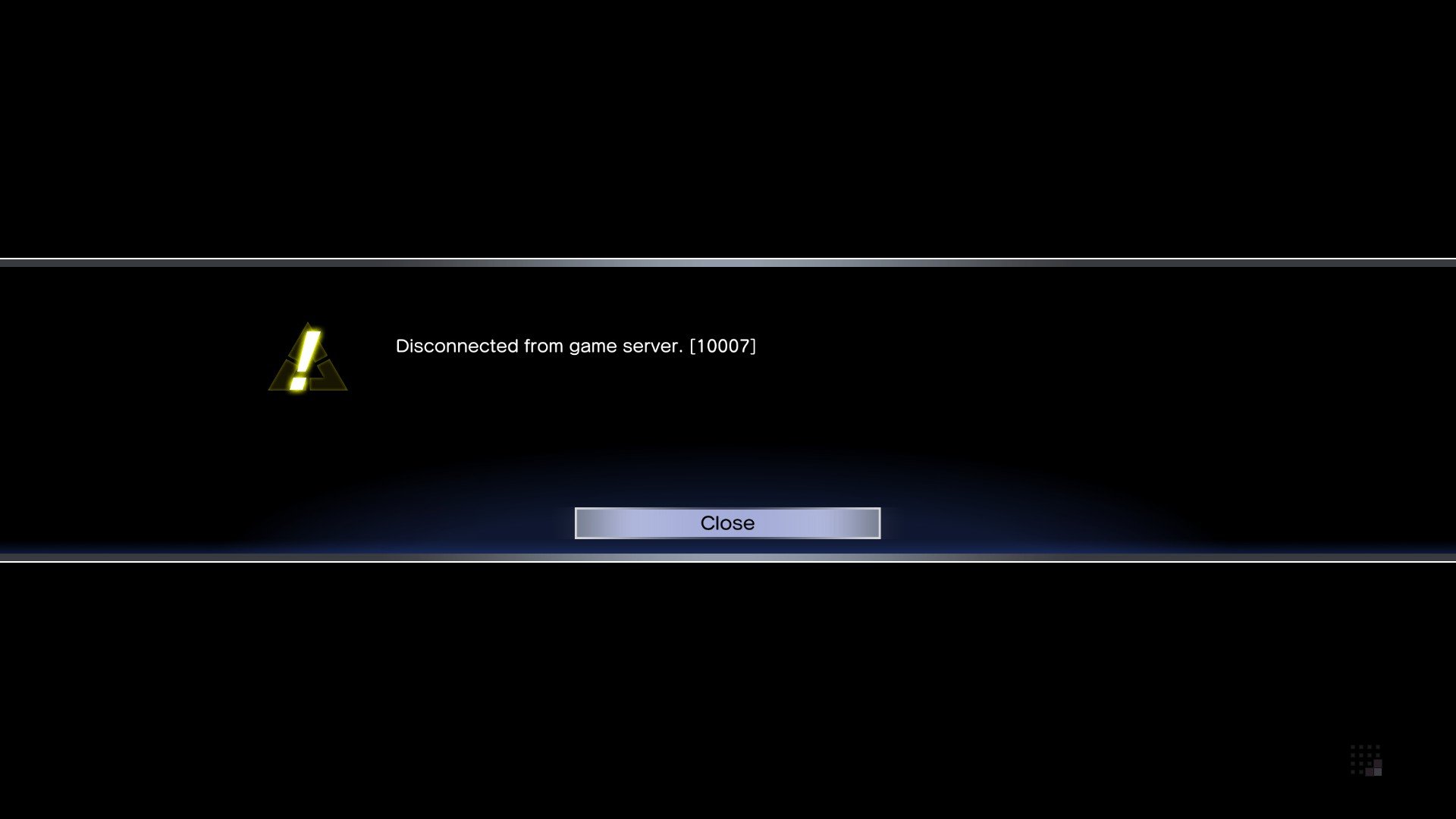 While I do expect these problems will be fixed in time, as plenty of games have rocky initial launches, it does raise a huge point for players who don’t normally have a steady connection. It’s not only the multiplayer modes that rely on the Internet, as not being able to log into the game’s servers mean the rewards from playing the single-player or survival mode (two-thirds of the current single-player offerings) won’t be saved either, making playing them virtually worthless. You may just want to treat Street Fighter V like it has always-online DRM because the vast majority of the game is impacted negatively if you lose connection.

Overall, the game has significant problems right now. It lacks some essential features like key remapping and PS3/PS4 stick support, some users are reporting performance problems, and good luck doing anything if you don’t have a stable Internet connection.

If you’re dying to hop online and shoryuken someone in the scrotum right now, I’d say Street Fighter V is undeniably flawed but playable. If you’re not quite as desperate, I’d wait for a few critical patches before diving in, because it is incredibly rough at the moment. 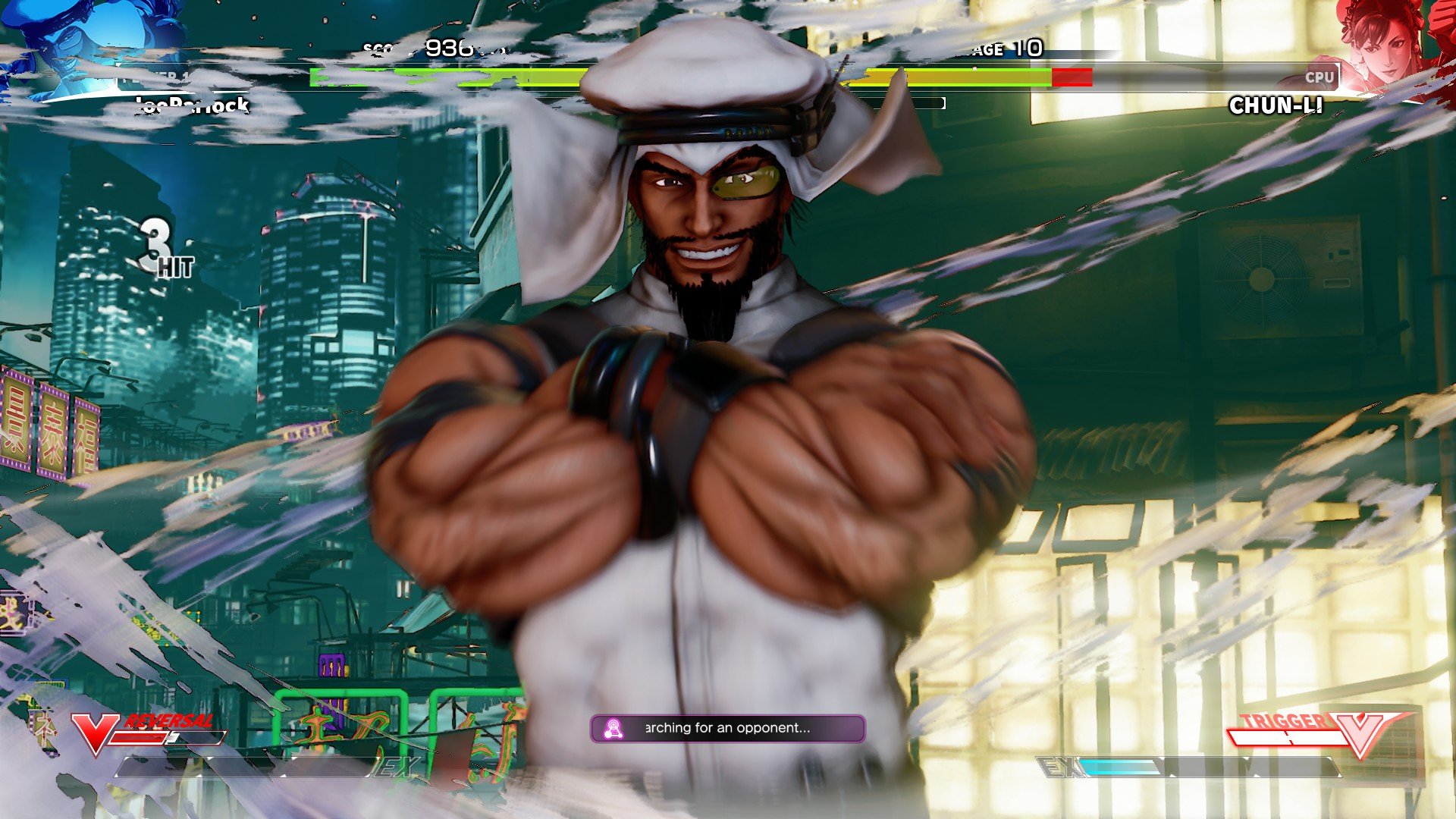 I just don’t know what I think about Street Fighter V.

On the one hand, it scratches that itch I’ve had ever since I lost interest in Street Fighter IV around when Ultra launched. Every attack seems like it packs a punch, and feels a bit weightier and more grounded than Street Fighter IV, which is a change I really like.

Most of the new characters are pretty great, too. After maining as Cody for so many years, it probably won’t come as a surprise that I’ve gravitated toward fellow tornado-user Rashid as my main in V. Necali is also a lot of fun, feeling like a more feral, vicious starter character than the bland poster-boy, Ryu. Then you get more out-there introductions like the poison-spewing F.A.N.G., and it’s hard to not be impressed by the sheer variety in the roster.

I’m also enjoying the new V-Skill system. It adds a bit more depth to managing meters than the Super/Ultra system in IV, while also letting you throw out flashier moves more quickly. It’s plain to see that Street Fighter V strikes an excellent balance between making sure the game is fun and silly for more casual players, while also making sure it’s deep and competitive enough for the hardcore crowd.

On the other hand, though, the game just isn’t finished. There are only three single-player modes available: a story mode consisting of three single rounds per character, a survival mode, and the bog-standard training mode. There’s no arcade mode, no vs. CPU modes, nothing that lets you just play a standard match of Street Fighter against an NPC.

Online isn’t quite done yet, either. Private lobbies (called ‘battle lounges’) only allow you to host one other person, meaning bigger parties like the endless matches in IV are impossible at the moment. 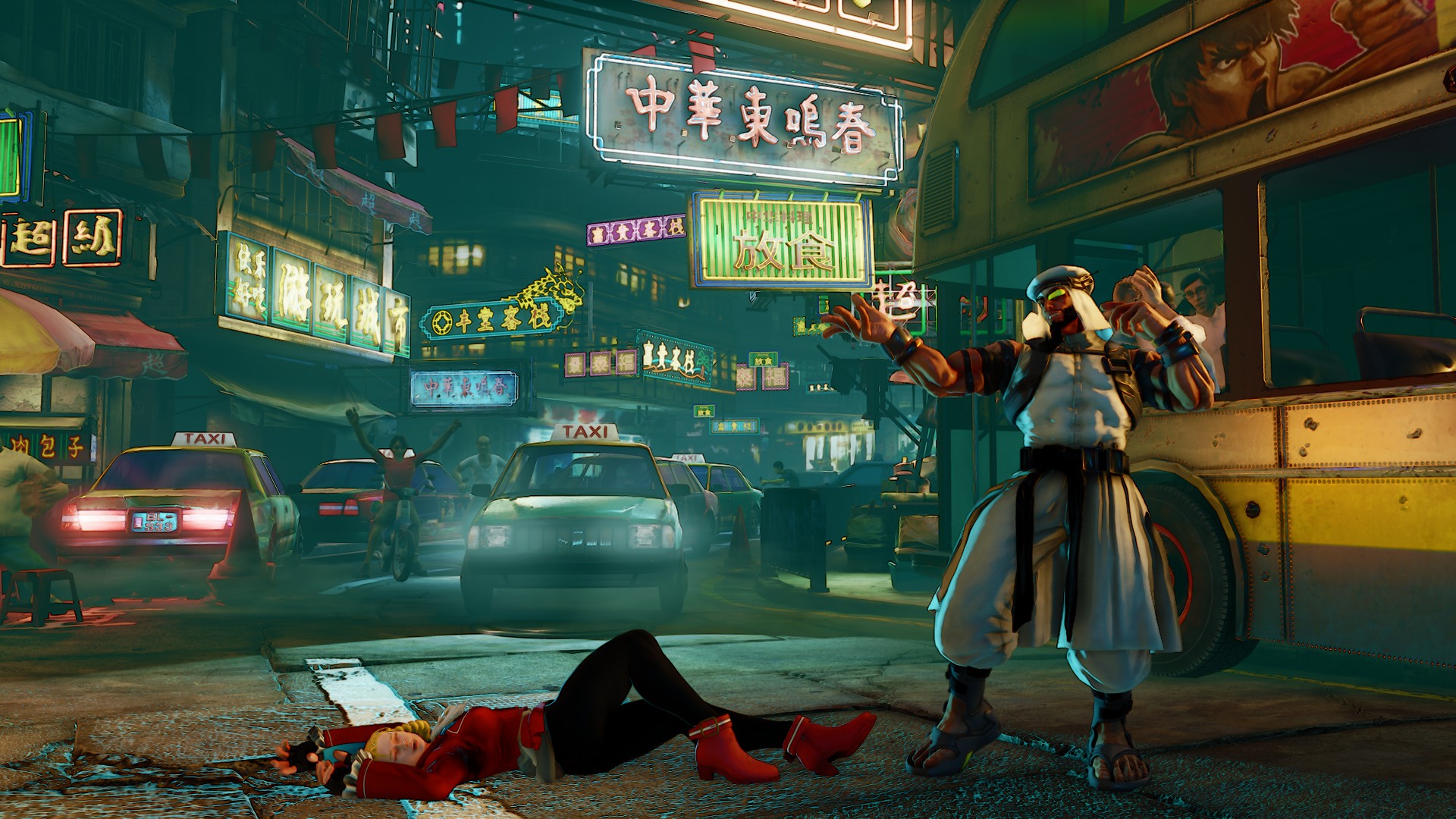 Compared to the original version of Street Fighter IV, Street Fighter V is much less bang for your buck. It has fewer characters (16  vs. IV’s 17 in the arcade or 25 in the initial home console edition), fewer modes, and fewer stages, yet it comes with the promise of future paid updates and microtransactions to drain even more money out of you. While you can earn things through the in-game points, that still isn’t too much different to every free-to-play game out there. When there is so much missing from this initial release, it does feel a bit insulting to see that as-of-yet not included store function take up so much room on the main menu.

I really want to like Street Fighter V, and I’m sure with time I will. It’s a solid fighter with great characters and brutal matches. It’s just a shame that it’s also an utterly incomplete game, lacking in genre-standard features that anybody would expect to just be there on launch.

I hope Capcom can pull it back on this one, because Street Fighter V has all the parts to make an amazing game… it just needs time.