The Resident Evil franchise boasts one of the worst PC ports of all time with its release of Resident Evil 4, but plenty of time has passed since then. The PC platform has become more prevalent, with some developers even developing for the PC first and porting the project over to consoles.

Well, it seems that Capcom has taken another stab at it and put forth a good effort towards Resident Evil 6 on PC, though this version isn’t without its flaws. It has exclusive content and, unlike Resident Evil 4, controls just fine. This is assuming that, for whatever reason, you actually want to play it. 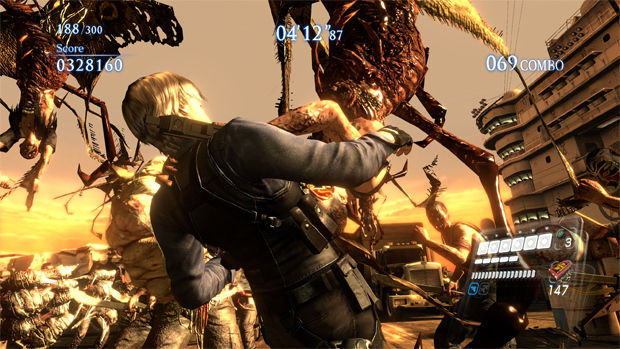 The graphics of the PC port on the highest settings seem to be on par with the console versions. It is, of course, possible to lower the graphics settings for some of the lower-end PCs out there to improve performance. Judging from the minimum requirements, Resident Evil 6 should be able to run decently on older PCs. There is a benchmarking tool out there for those who are curious about their rig’s capabilities.

While all of the basic graphic options are present, there is no option for Windowed Fullscreen mode, a personal favorite of mine. There is also a setting to adjust the frame rate, allowing the player to lock it at 30, 60, or “variable.” Options to change the field of view for both the default camera and the aiming camera are included, but since they don’t use the traditional first-person shooter numbers, it will take some trial and error to find the settings that feel right for you.

Prior to the April 5th patch which added Left 4 Dead 2 characters, Resident Evil 6 ran at 60 FPS in menus and rarely dipped below 30 while playing the game. After the patch, however, I’m seeing menus at 30 FPS and gameplay never getting above 20 FPS, even when nothing is happening on screen. Judging from the forums, this is a pretty widespread issue, though it isn’t affecting everyone.

The game controls just fine with a mouse and keyboard. The default control scheme should feel familiar to most people who have played a third-person shooter on PC before, but the controls are also completely remappable for both keyboard/mouse and gamepad. There doesn’t seem to be any way to adjust the mouse sensitivity or acceleration, which seems like a strange and glaring omission considering the options which are actually included.

Those who prefer a gamepad will be fine while playing Resident Evil 6, as it has great support for controllers. I only tested it with a wireless Xbox 360 controller, but as soon as it registered a button press from the controller, it would immediately switch the controls. Switching back to the keyboard and mouse was just as easy, making the transition back and forth seamlessly and without any issues.

Perhaps the best thing about the PC port is the fact that Capcom didn’t simply dump it onto Steam and forget about it. There has already been a significant patch that fixed a lot of the issues plaguing users from day one. Endless loads, unmutable microphones, and random character deaths have all been addressed, in a rather timely manner I might add, via a patch. I can only hope the recent frame-rate issues will also be patched in the near future, as playing a game with sub-20 FPS is almost unbearable. 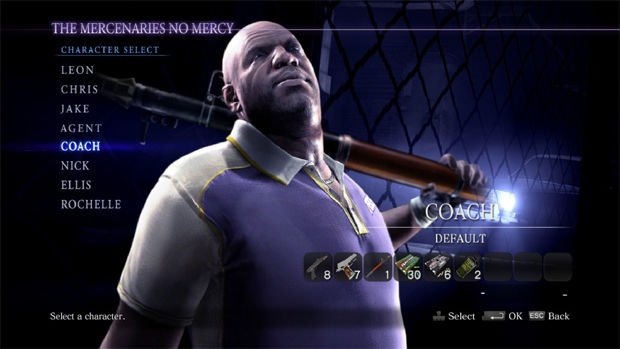 Networking for the cooperative campaign and the Mercenaries mode seems to work fine. It was easy to find and connect to a match in Mercenaries mode and just as easy to play cooperatively over the Internet. During my time playing, I didn’t notice any significant latency issues with any online modes.

The Resident Evil 6 PC port is just okay. The recent patch made it almost unplayable for many players, including myself, with abysmal frame rates half of what they used to be. But, it is comforting to know that Capcom is paying attention and has already patched many game-breaking bugs that shipped with the port. I did come across some smaller bugs — I had an actual cursor while playing, and the laser sight disappears after taking a shot — but nothing nearly as progress-halting as some of the now-squashed bugs.

I can’t say for certain if Capcom will continue to support the game, but I certainly hope it at least gets rid of most of the bugs and frame-rate issues before abandoning it.