Like Chris, I had my first taste of Oddworld when it was new, back on the PlayStation in 1997. Abe’s Oddysee and Abe’s Exoddus were two of my favorite titles from that era, so when Oddworld: New ‘n’ Tasty was announced, I was pretty stoked to revisit the adventure through RuptureFarms and the surrounding areas.

To my chagrin, the PC version would not launch for many months after the PlayStation 4 version. At the very least, the wait is justified; New ‘n’ Tasty runs beautifully on my aging computer, and it features some of the bells and whistles that come with a Steam release too. 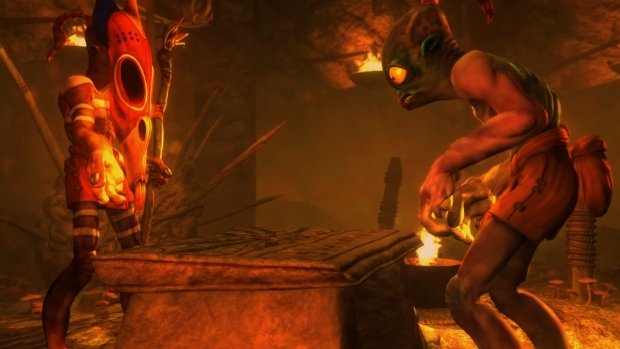 A lot of the heavy lifting was already done for the console version, but it bears repeating: Oddworld: New ‘n’ Tasty is a fantastic visual upgrade from Abe’s Oddysee. The environments are all rebuilt and rendered in-engine, making the transitions between nearby areas smoother than the original. Seeing Oddworld in high definition is a treat. Loading times have been significantly reduced.

Control is a little strange with a keyboard, at least for somebody who is more familiar with console controls. With full controller compatibility this wasn’t an issue past my initial experiments to see how it works on a keyboard. There were some issues with listed button prompts when switching between keyboard and controller mid-game, but for my only complaint, it’s pretty minor.

The main point to note is that the PC port is technically competent; it is comparable to the PlayStation 4 version. I experienced no bugs, glitches, or even slowdown, which is great considering my rig isn’t exactly state-of-the-art.

Unsurprisingly, the Steam Achievements are the same as the PS4 Trophies, down to the artwork and descriptions. Steam Trading Card support is present, with Badges to craft and backgrounds to collect. A couple of the trading cards feature concept art unavailable in the console build. It isn’t much, but it might be the one noticeable difference in the PC version.

There is no Steam Workshop support, as Oddworld would have to be significantly tweaked to include user-created content. As a pie-in-the-sky idea, it could have been fantastic, but its nonexistence doesn’t hurt New ‘n’ Tasty at all. Cooperative mode remains as bafflingly unnecessary as it has always been; it achieves the same thing that handing a controller to a nearby friend does. 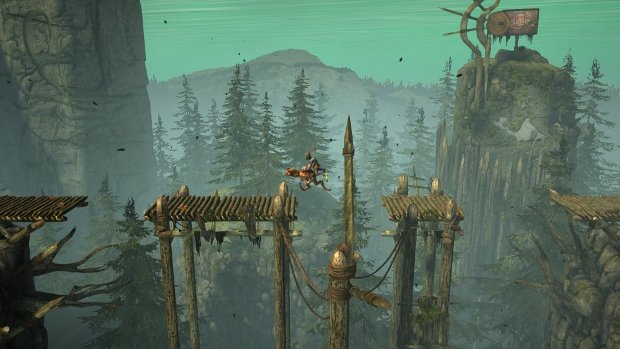 Altogether, Oddworld: New ‘n’ Tasty transitioned well to PC. Although it doesn’t take full advantage of the platform, it has not lost anything in translation. If anything, the Steam version is a marginal improvement with a wider choice in control, the usual Steam baubles included, and a lower price tag.

So I can breathe a sigh of relief. One of my favorite games from the late ’90s got a great remaster last year, and it moved to my platform of choice without a hiccup. Oddworld has always been a dark, fantastic place to explore, and the upgrade to New ‘n’ Tasty has only made it more consuming.