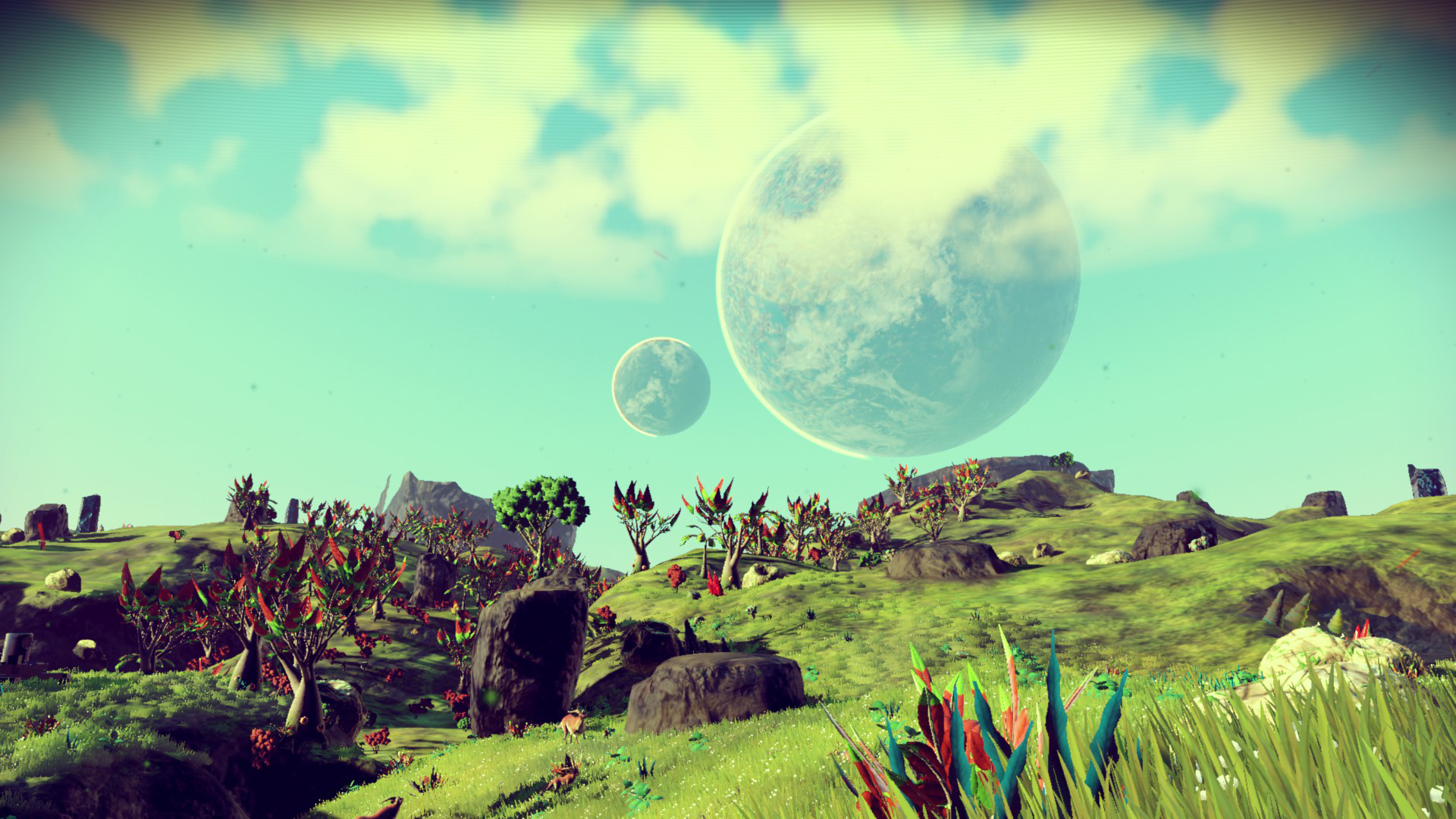 When the PC version of No Man’s Sky got delayed, I was very sad. I’ve been anticipating this game for a long time. I’ve been a fan of Hello Games ever since Joe Danger. Both games in that franchise are brilliant and I’ve poured dozens of hours playing them. When Sean Murray mentioned that he was adding in more resolution support at what was basically the last minute, it had me a bit worried.

Now the PC version is here, and it’s definitely far from perfect. Not unsalvageable for sure, but also not where it needs to be. 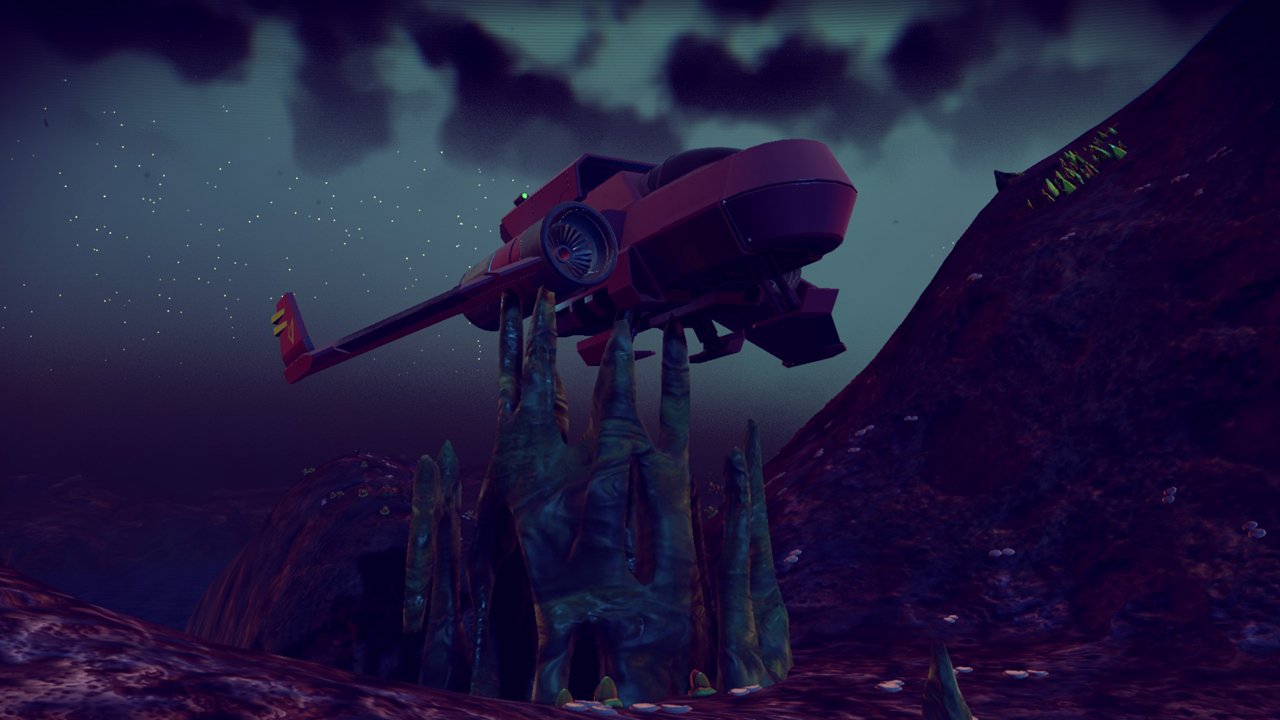 [All screenshots taken by me]

No Man’s Sky on PC is a great reminder that some games have wildly different performances depending on the guts of the computer. Some players are claiming that they can’t even launch it, some have crashes every ten minutes, and others, like myself, are doing pretty well.

That’s not to say that this is a good port, not at all. I just want to comment that it has been perfectly playable from my end (you can see what I’m working with above). Despite zero crashes or launch issues, No Man’s Sky has a long way to go before it becomes something that people feel comfortable playing on PC.

The biggest issue that I have come across is stuttering and frame drops. The game frequently becomes choppy for no discernible reason. If it wasn’t so sporadic I would chalk it up to a result of the procedural generation. However, the fact of the matter is that there is unpredictable stuttering that definitely hampers the experience on PC. This is something that many players have reported encountering on a wide array of rigs, so it seems pretty commonplace.

The max frame rate can be changed in the options menu, but I have seen constant dips below 60. Frames tend to drop regardless of what’s going on. I’ve seen dips down to the 20s at time, but most of the time it hovers in the 50s. It’s incredibly frustrating and, again, it’s something that is happening across the PC community at the moment.

Another complaint that I don’t know will ever be fixed is texture “pop-in.” While flying around on a planet (and sometimes even walking), it’s not uncommon to see a mountain suddenly become much bigger or an entire hillside suddenly looking way better than it did a second ago. This is likely a result of how the game procedurally generates planets and hopefully can be addressed in the future, but I wouldn’t be surprised if it isn’t.

There are some solutions out there that some users have had success with. This reddit post has three fixes for some of the more common problems. The crashing issue seems to be related to SSE4.1 support, which can’t really be fixed on the user’s end. Hopefully, Hello Games can do something about this and be able to support as many players as possible (even if its servers can’t).

Mouse and keyboard controls work just fine and can be rebound to your heart’s content. I do wish there was better menu navigation like, I don’t know, maybe incorporate the mouse wheel? The game also works well with an Xbox One or Steam controller. Personally, I prefer the Steam controller because of how customizable it is and the fact that I can activate gyro controls whenever I damn well feel like it.

There are field-of-view sliders for when you’re on foot and in the spaceship which can be individually adjusted. Even at max though, which is 100, it doesn’t feel quite right. The reddit post linked above does show a way to increase it to 120, and it’s just editing values in a text file, so anyone can do it. 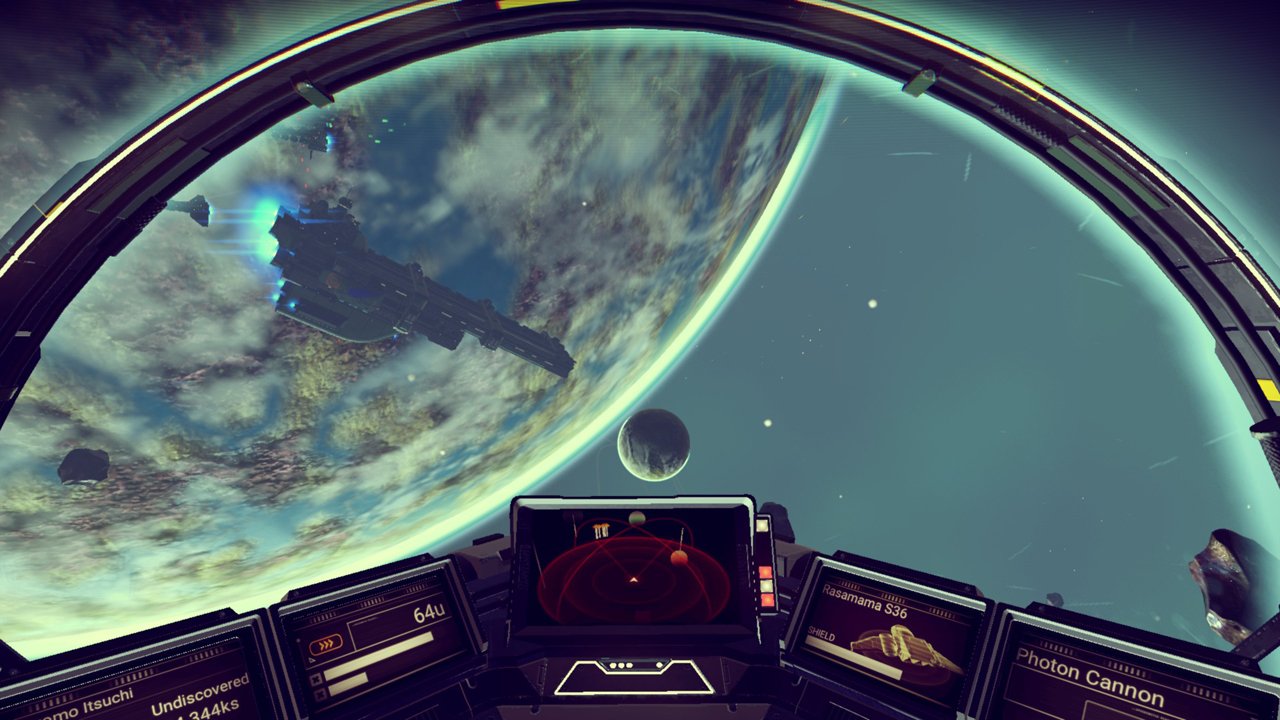 There are a few alt-tab issues depending on your options. In traditional fullscreen mode, do not alt-tab away. It is impossible to get back into the game after minimizing the window, and I’ve had to force it closed every single time. When using borderless, aka the best display option, you’ll need to click on the game’s screen after alt-tabbing back in. It displays a mouse (instead of the game’s cursor) until doing so.

There are other minor annoyances that start to add up over time. First of all, why the hell do I need to hold left-click to do anything in the menus? I feel like I’m playing a Kinect game and hovering my hand over something just to select it. This is made worse by the fact that some things, like headers in the pause menu, are selected without holding the button down! Please, get rid of this. Additionally, allow me to remove the pop-up messages on the bottom right. Half of the time they tell me something I either 1) learned hours ago or 2) have no purpose for at this point in time. It also keeps telling me to redeem my pre-order bonus and I don’t want to.

No Man’s Sky definitely has a lot of room to grow on PC. Hello Games is a small team dealing with a whole bunch of stuff right now, so it may take some time, but hopefully it will get there. Things are very hit or miss depending on your rig, so do some research before taking the dive and purchasing. I’ve had a relatively painless experience so far, but I know the opposite is true for others.

Nvidia’s “game ready driver” should be available next week, and hopefully it can address some issues. As for now, I’m enjoying exploring the galaxy, even if it isn’t the smoothest experience out there.