After a brief beta period, Hitman has released and people seem to be enjoying it! Sure, it’s got some weird quirks (why can’t I pick up a drink?), but the Hitman feeling is definitely there. I’ve previously given my impression on the PC version of the beta, but mostly I just made stupid videos of it.

Now that the game is out, I’ve had a walk around Paris and man are there lots of people attending this fashion show! 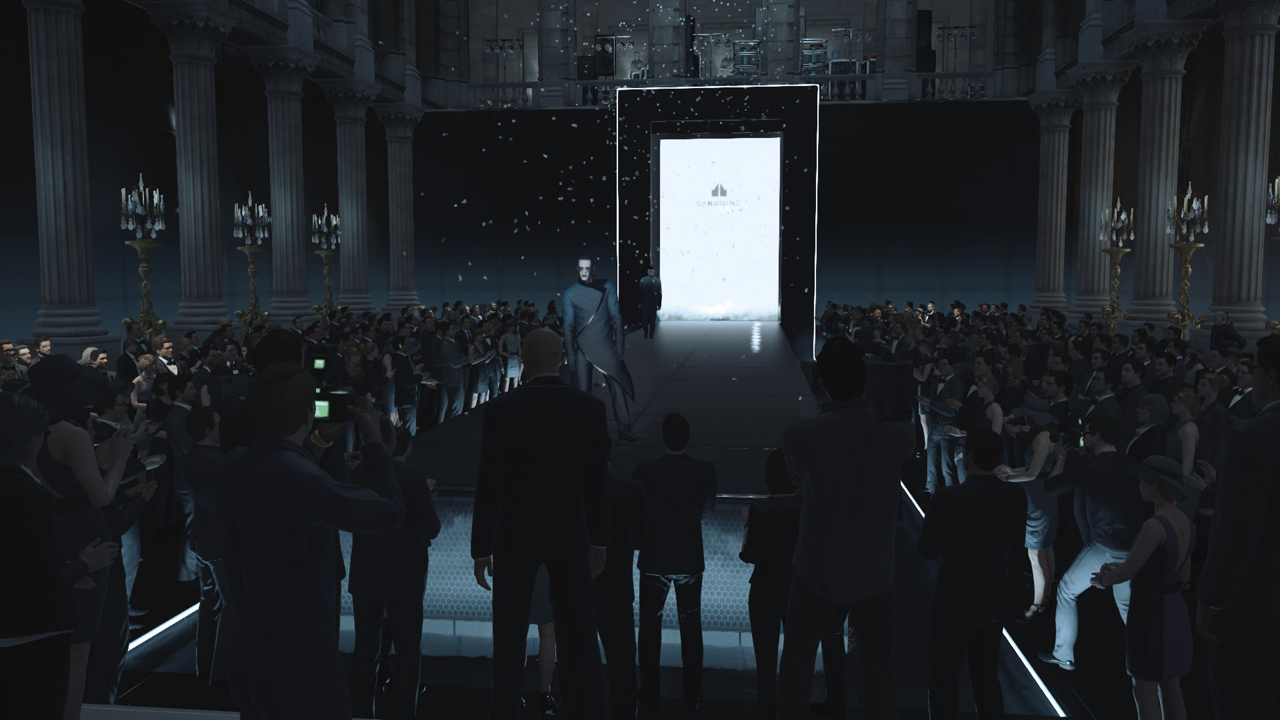 Seriously, tons of NPCs are packed in to the first stages of Hitman. While this brings back memories of the Mardi Gras mission from Blood Money, it’s of particular interest in the new Hitman because of the effect on the framerate. Both the tutorial and the Paris stages are swarming with characters and, with settings at or near maxed, my framerate dipped into the 40s and 50s while navigating the sea of people.

Otherwise, performance was very smooth, regardless of whether I was using DirectX 11 or 12. The game ran with a constant 60+ framerate during the sneaking bits as well as the “god dammit I messed up and now I’m fighting everyone” bits. Though, personally, those never lasted very long since I generally just re-loaded a past save.

Luckily, the game sports a relatively frequent auto-save function. This is good for two reasons. The first is that sometimes you’ll mess up and want to just go back a minute or two instead of starting the entire level again. The other reason is that losing connection to the Internet, or more likely the servers, will automatically disconnect you and boot you out to the main menu.

It’s a big pain in the butt, and I have lost progress because of it. Again, the auto-save feature helps, but I wish the game would save as soon as the disconnect happens, preventing anything from being lost.

As for options, Hitman is gracious enough to give players two opportunities to change them! A separate options launcher comes up as the game launches, but everything can also be changed while playing. It’s nice to have both, since you never know when an option will cause a crash on launch.

There is a benchmarking tool, which will take the options a player chooses and go through various scenes of the Paris level. It’s a great way to see if the game will look like a slideshow or not when you boot up, and I’d definitely recommend playing around with it to get the settings just right.

An interesting note is that Hitman evidently locks out certain options depending on your hardware. Nothing seems to be barred when using my 970, but for graphics cards with less than 4GB, you can expect to be unable to access certain options. While I understand the reasoning behind it, it does seems a little strange to me. I doubt anyone would want to play with options that create terrible framerate, but let them make that decision, you know?

The option that has affected framerate the most for me is Texture Quality. Whenever it’s on high, there’s no way I can reach 60 FPS with all those people around. Set to normal, I can play around with the other options to hover close to that magic number. It will still dip below every now and again, but not by much.

The keyboard and mouse controls can be completely rebound. Which is great, because I hate some of the defaults. I eventually turned Instinct Mode off, but before doing so I changed the key from Ctrl to my fourth mouse button. This way, I could bind sneak to that key instead of C. Stop using C for crouch, video games! 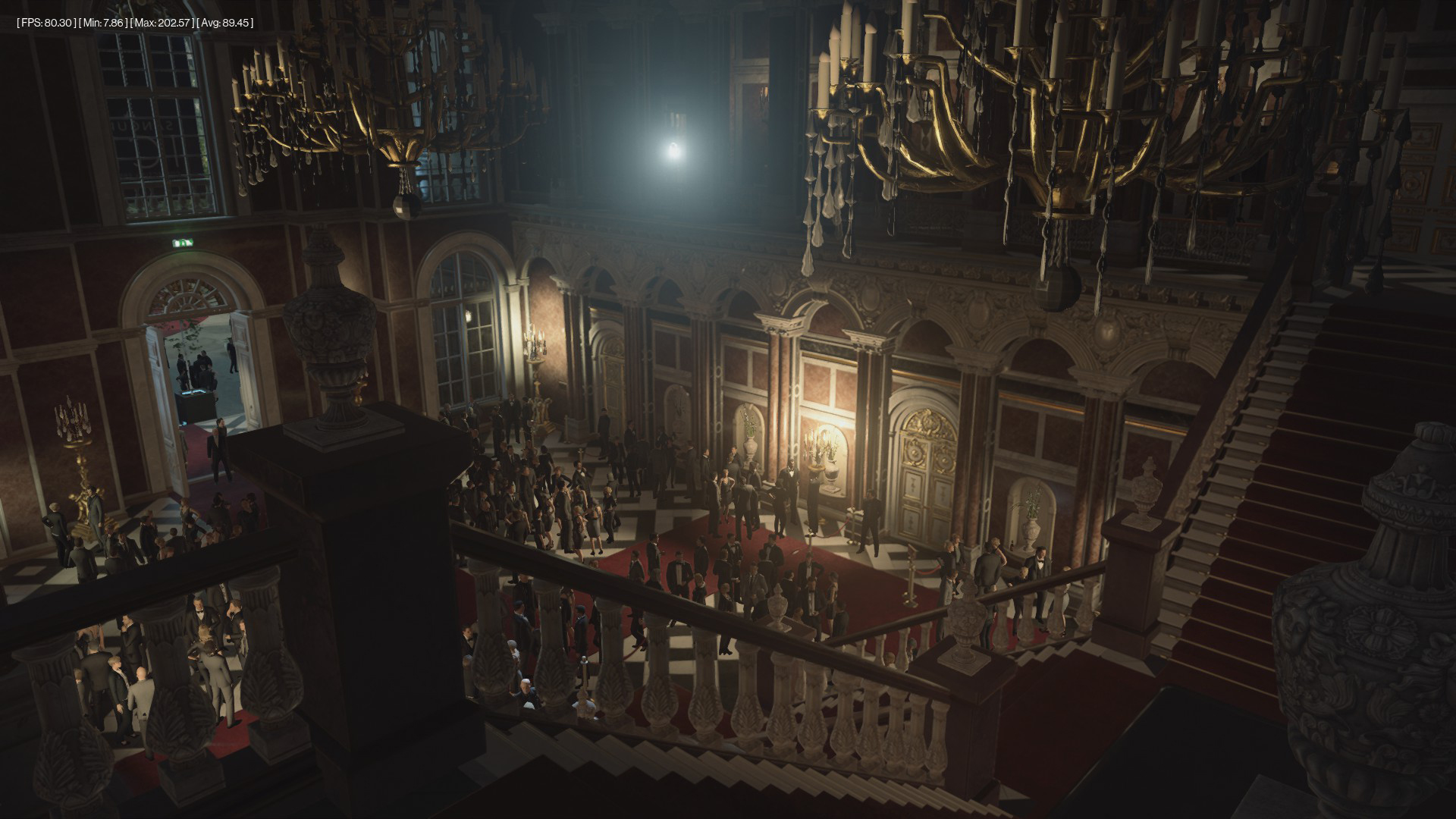 Actually playing with the keyboard and mouse felt fine. When I tested an Xbox One controller, it was picked up immediately, and Hitman even changed the in-game button prompts on the fly. The Steam Controller confuses it a bit if you have something set to be the mouse, as when the game detects any keyboard/mouse input, the button prompts will change to the non-controller ones.

Big Picture mode works well, despite the pre-launch options menu that normally screws everything up. While I wasn’t able to navigate that menu, pressing the A button automatically starts the game up. This is where it becomes important that the first menu isn’t the only way to change the options.

Hitman is running on the same engine as Absolution, so that can give people a good idea on what to expect in terms of performance. It will require players to keep changing options until a desired performance is achieved, so prepare to mix-and-match! Personally, I kept most settings at medium-high to minimize the framerate dips, regardless of how many character surrounded me. It still looked pretty good, but more importantly, it played great.