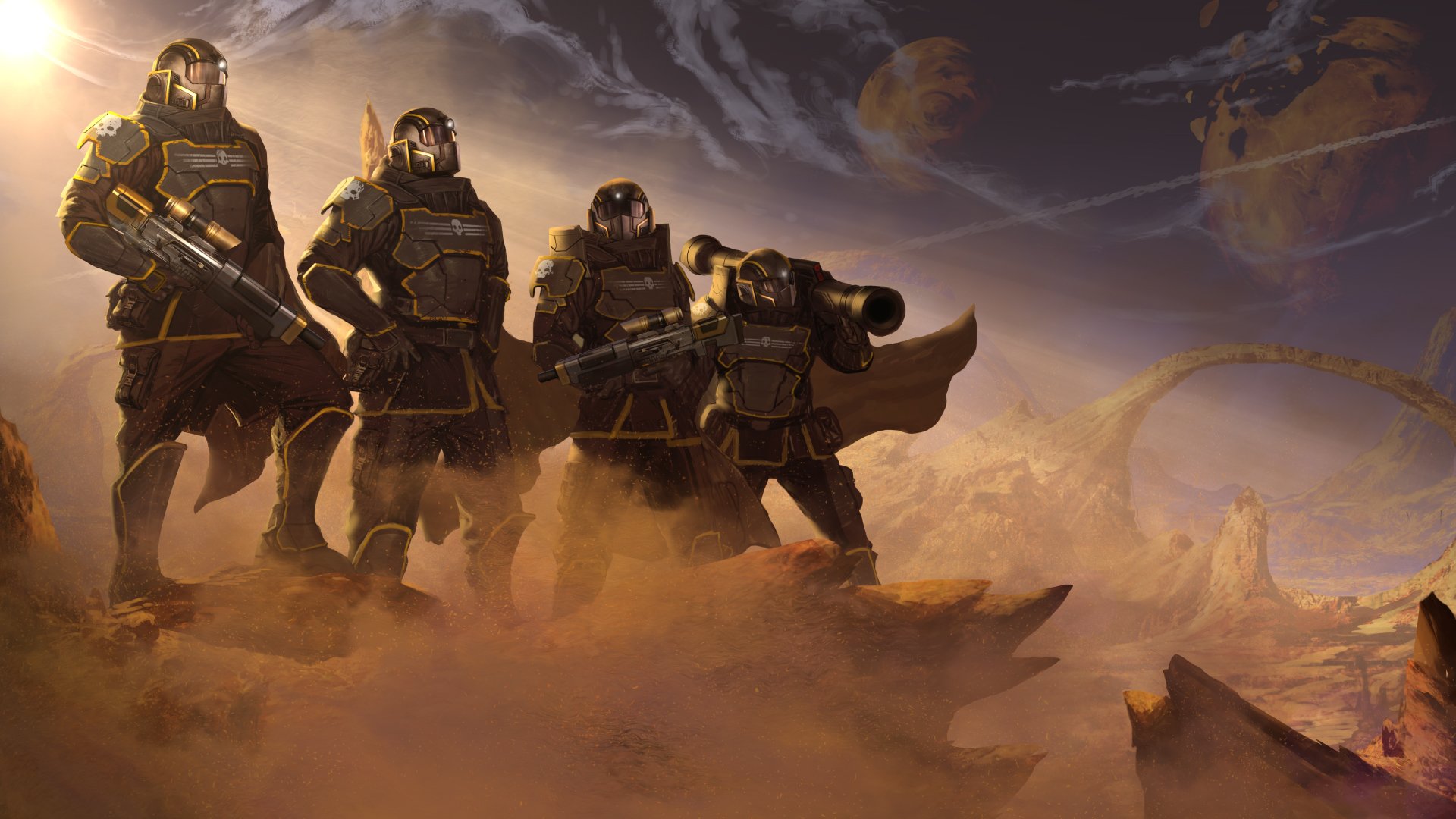 Airdropped into my heart

Earlier in the year, Conrad Zimmerman gave the PS4 version of Helldivers his highest recommendation. He praised it for its brutal and unrelenting action, and its dedication to pitch-black humor and decidedly laissez-faire attitude toward player survival. Now that I’ve had a chance to play the PC version, I have just one problem with his review — he didn’t shout it directly into my ear and insist I pick up a controller and play it right then.

So I’m going to correct that oversight, here are your marching orders: PICK UP A KEYBOARD OR CONTROLLER AND PLAY HELLDIVERS RIGHT NOW. 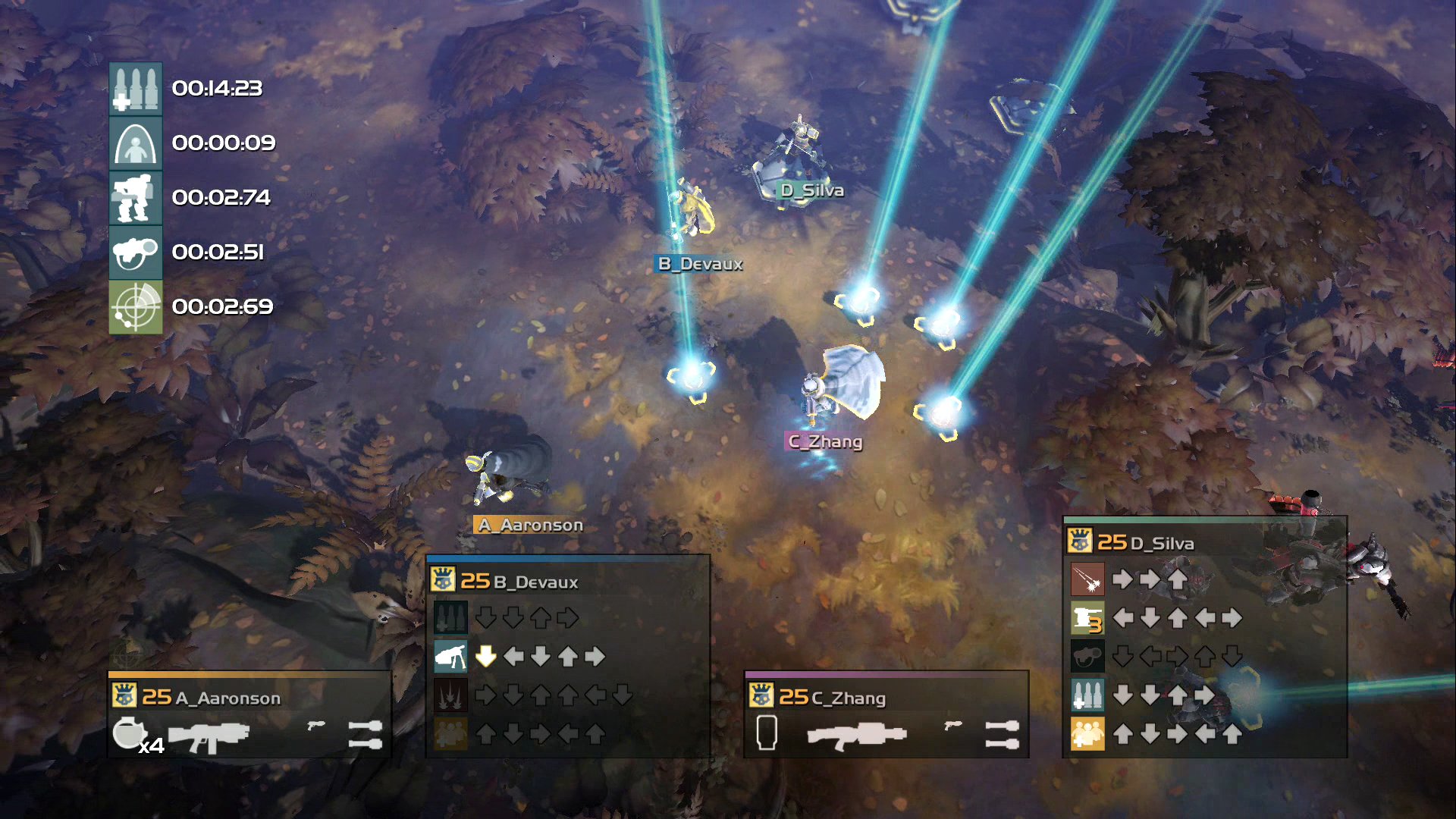 If you were foolish like me and never played Helldivers on the PS4 when it came out, it’s a top down four-player co-op shooter with an emphasis on teamwork and coordination. You play as a squad of Helldivers, a group of all-purpose space-marines, representing the peaceful (and not at all totalitarian, xenophobic, or belligerent) world of Super Earth as they “defend” their sovereign nation-planet against the scum of the galaxy. Cyborgs, giant bugs, and robots all threaten the future well-being of Super Earth (by not giving up their resources and getting in line fast enough), and it’s your squad’s job to either bring them democracy or hot death (note: there is no “democracy” button on your controller, just a trigger).

The titular Helldivers have access to all the typical space-marine gear: machine guns, flamethrowers, miniature walking mechas, as well as specialized “stratagems” that can be called in from headquarters to be airdropped into the field. Stratagems range from supply drops and reinforcement respawns, to orbital bombardments and quick-deploying auto-turrets. All you have to do is stop firing, take a knee, tap out a quick series of directional movements (think the Konami code, but for strafing runs instead of 30 extra lives) and toss out a drop beacon. A total snap while fending off never-ending hordes of flesh-devouring bugs the size of school buses, right?

Of course, being the biggest badasses Super Earth has to offer, the Helldivers are the most lethal thing on the battlefield — even to each other. If you’re not accidentally clipping a buddy with a spray of machine gun fire, or (oops) crushing half of your squad underneath a poorly placed supply drop, you’re not bringing democracy to the front lines hard enough. Helldivers plays collateral damage for laughs, and stacks the deck in favor of hilarious live-fire “happy accidents.” Mostly, these quirks add to the charm of Helldivers and only get frustrating if you happen to be playing with a madman who can’t keep his grenades to himself or seems to be executing squad members on purpose.

Thankfully, multiplayer support on the PC version is every bit as smooth and easy as the PS4 version. Hosting a game or joining one in progress is effortless and linking up with friends or kicking a toxic player is just as simple as it should be. Helldivers features built-in VOIP (which is actually enabled as an open mic by default as I found out accidentally to my teammates delight and my embarrassment. You can, of course, set it to push-to-talk if you prefer) but there are also quick-response radio options (“roger,” “negative,” etc.) if you’re the type that doesn’t like to talk into a mic, but still wants to coordinate with the rest of the team.

The game has a very breezy, low-commitment feel. Unlike other multiplayer games where you can get roped into long, shitty matches, it’s easy to pull up stakes and move on to greener pastures in Helldivers. Loading screens are mercifully short, inventory management and menu dithering is curtailed by a brisk timer that starts to count down as soon as one person readies up (so you’re not stuck waiting on that one guy who wants to try out every cape option he has before dropping), and the actual missions are fast paced, “get in and get out” affairs. After spending a lot of time with MOBAs and games like Evolve this year, where a bad match can handily flush a half hour of precious quality game time away, I’ve really enjoyed the speed and ease of Helldivers lobby system. To top it off, every round I’ve played in the pre-release beta has been nice and stable with nary a hiccup. As always, the full release will put the game to the real test, but I’m optimistic that it will do just fine from what I’ve seen so far. 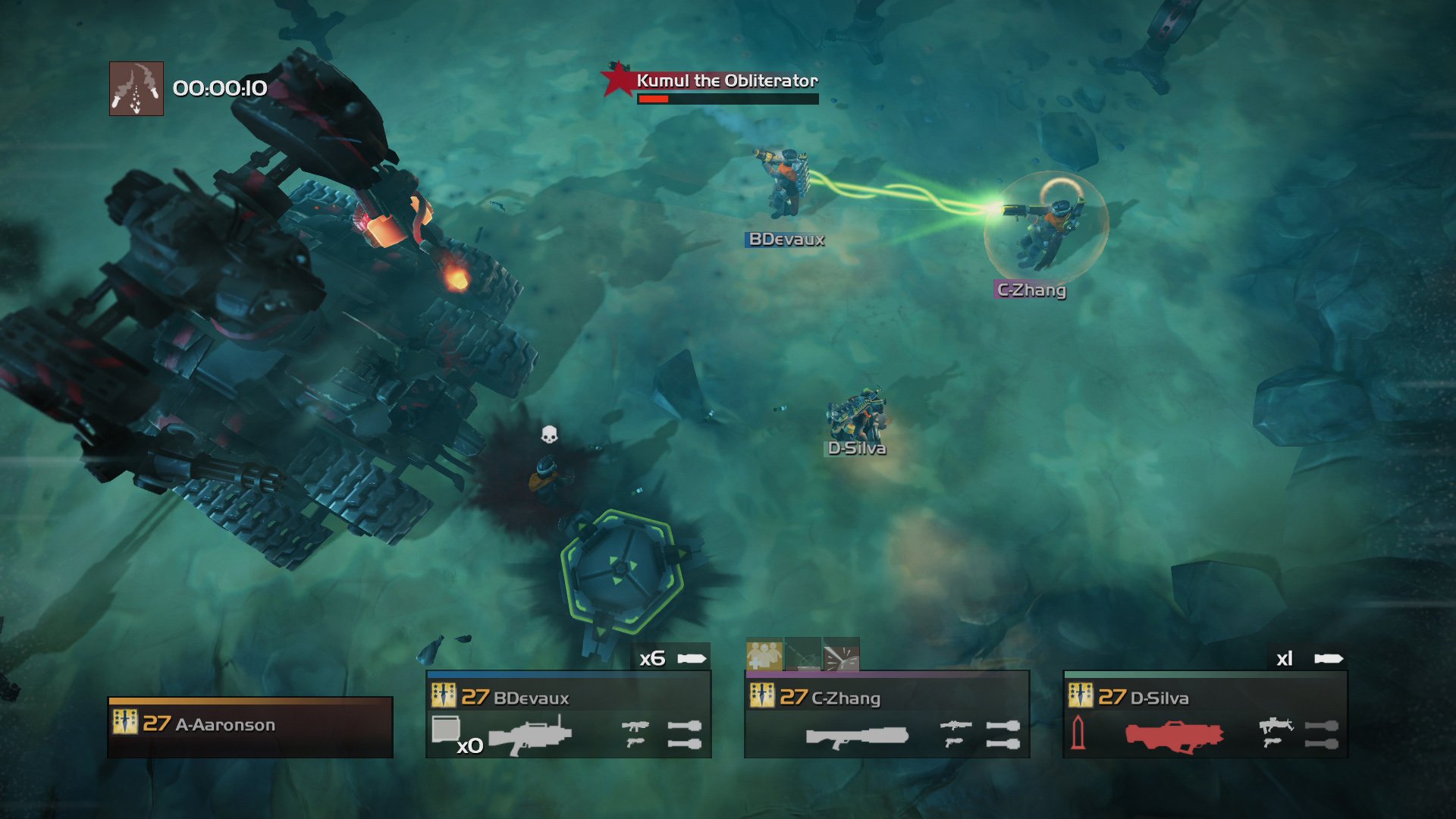 In addition to the standard PC release, there is also a Digital Deluxe version available for $39.99 if you want to go wild. It comes stuffed with a boatload of DLC weapons, stratagems, vehicles, and extra swanky capes if you want your Helldiver to look his or her best. Personally, I feel like the regular game has enough content to unlock and play around with that you probably don’t need to jump into the deep end right off the start. Small DLC packs of specific weapons and items just like the PS4 version are on the way, so you can probably wait and just cherry pick your favorites for a couple of bucks if you really want a particular outfit (or personal mecha, you know, just as an example and not something I plan on picking up as soon as its available).

This is a great version of a great game. Pick it up, get some friends together, and do your part to keep Super Earth free, happy, and secure (by making every other planet broken, miserable, and reduced to a pile of ashes).

[This PC Port Report is based on a press beta build of the game which was provided by the publisher.]