As for IX, I was definitely one of the people who originally wrote it off because of the way the characters looked. After loving VII and enjoying VIII, it took me by surprise to say the least. Luckily, my buddy forced me to watch and eventually play it for myself and I realized just how great Final Fantasy IX is. If you enjoy the series but for whatever reason skipped IX, now is the time to remedy that. 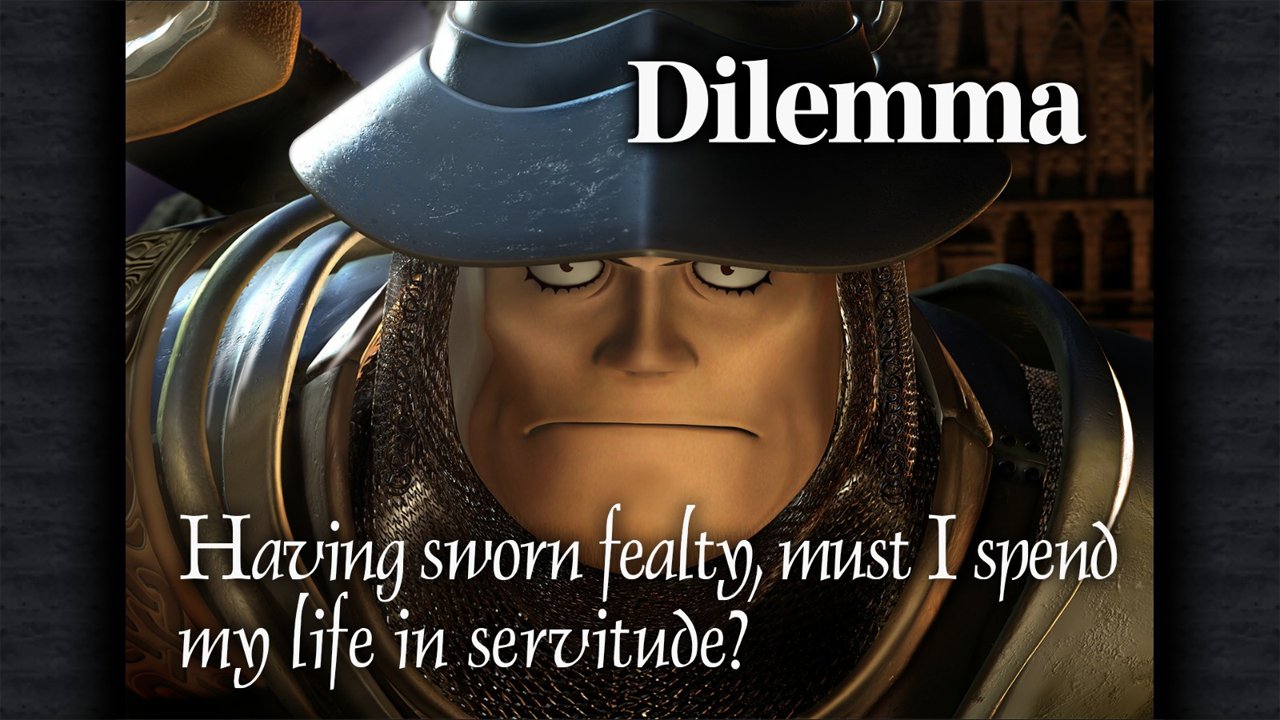 First, let me just say that the cutscenes look amazing. Sure, they’ve got that ’90s Reboot-esque look to them, but the actual quality is great. They’ve had their resolution increased and are easily one of the highlights of the PC port. Unfortunately, not everything made such a graceful transfer.

While the character models also received a nice facelift, the background textures have not. Seeing the original-resolution backgrounds on this PC release is painful. The juxtaposition of higher-res models against the original backgrounds is definitely distracting. It’s not as noticeable in certain areas, thankfully, but prepare your eyes if you’re playing on a big screen.

Playing with a wired Xbox One controller, I noticed a few quirks. First of all, if the controller is plugged in when the game launches, the input gets stuck in a direction. Obviously it’s easy enough to avoid, but I’ve also found that alt-tabbing away after unplugging the controller also fixes the issue. There’s also no true analog movement; instead the game emulates an eight-direction input that feels awkward while using a normal analog stick.

Using the keyboard and mouse was surprisingly pleasant. Movement can be done with WASD, the arrow keys, or even the mouse. Similar to how I assume it works on mobile devices, clicking someone on the screen will tell your character to move to that spot. I did encounter some weird issues when trying to move away from the camera when the elevation decreased and I was supposed to go down. Specifically, I couldn’t; I had to switch to the keyboard and walk in the direction I was supposed to go in.

The menus have also been redone and are crisp and easy to read. Personally, I’m not a big fan of the upgraded menus, though that is just personal taste. The basic font and flat menu backgrounds make me think of cheap mobile games, though considering Final Fantasy IX has already been ported to mobile platforms, it makes sense that the menus look the way they do. It may also explain why the battle menus are HUGE and obfuscate much of the screen. Regardless of my tastes, the menus are clean and that’s all that matters!

Various niceties are included in the Steam release as well. The trio of Steam trading cards, achievements, and cloud saves are supported, though the cloud saves don’t actually go through Steam’s service. The tradition of including extra boosters also returns, so players can speed everything up, max out damage, gil, battle meters, and levels, remove random encounters, and turn on auto-attack. There is no real explanation of how to use these things, but they’re all mapped to the F keys while in the pause menu. Some are also available in the config menu.

There’s also an autosave feature, though it’s implementation is also a bit unclear at first. Manual saves are still the main way to save progress, but can only be done at Moogles spread across the game’s various environments. There are save slots to choose from, just as if there were an actual memory card inserted, which made me feel all warm and fuzzy on the inside. The autosave feature seems to save during each screen transition. Selecting “Continue” from the main menu will load the latest auto-save, which may be a few screens past a manual save. Personally, this is one of my favorite additions to the PC port, since I often play in shorter bursts.

The game itself runs just fine. No, it’s not 60 frames per second and I think expecting it to be is a little ridiculous outside of an actual remake. The cutscenes are pre-rendered at 15 FPS, but just about everything else runs at a steady 30. I’ve noticed no dips in my time with FFIX; it runs smoothly and is thoroughly enjoyable to play from a technical standpoint. I’ve also not experienced any crashes, but have seen plenty of reports from other users about crashing. 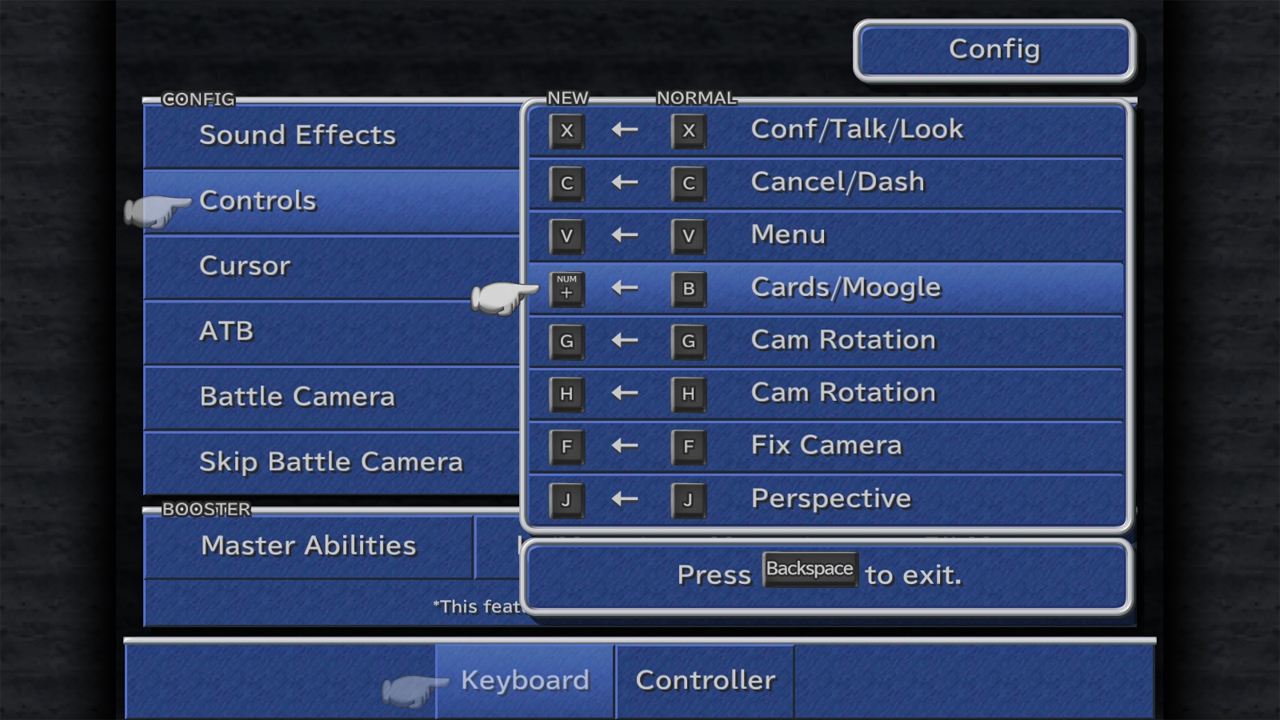 Ultimately, there’s not much in the way of options. A pre-launch menu asks users to pick a resolution and turn windowed mode on or off (there’s no borderless window option at all). Some of the controls can be rebound to other keys, but not many. When rebinding, it will only allow keyboard keys and won’t accept anything on the mouse. I was hoping to be able to play the entire game with just a mouse, but that’s just not possible. There’s also an option to turn off most of the long battle scene introductions, which many players disliked from the original.

Overall, this is a solid port of a wonderful game. The biggest flaw is easily the background textures, though I’d have to imagine that there’s some real reason for Square not to include high-resolution backgrounds. After all, the cutscenes are a higher resolution than the originals and they look great!

Perhaps the best news of all is that people have already started to introduce mods. NeoGAF user Byvar has created a mod for 24 FPS battles, and there have been rumblings of mods that could be in the works for some of the other blemishes. Even without modifications, this is a completely competent port and is easily worth the asking price for those who want to experience Vivi and the other chumps at least one more time.