Get .ini with it

Enslaved: Odyssey to the West has finally made its way to the PC after years of hanging out exclusively on home consoles. It’s always been a beautiful and enjoyable game so I was excited to jump back into it on the computer. Unfortunately, what I found was a horrifically non-optimized port of a wonderful game.

I can’t imagine that any less effort could have been put forth towards porting this game while still having it mostly playable. That being said, not all hope is lost. 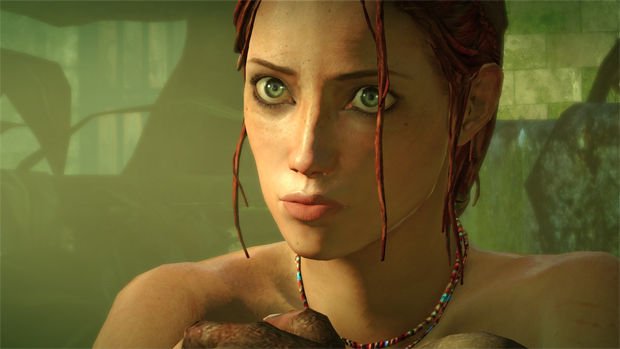 First of all, the game still looks great. It doesn’t look better than the PS3 version (by default), but the art direction is soundly superb. By playing with the .ini file (more in this in a bit), the game can look better than ever, which is really saying something. Otherwise, this is a direct port of the PS3 version, except with different button prompts. Mouse support in menus is varied: sometimes you can click on a menu option, sometimes you can’t. It’s seemingly random and almost always better to use a controller or keyboard to navigate the menus.

Within the game, there are no graphical options other than resolution. Also, when you change the resolution, it doesn’t really change it. After telling the game to display at 1920×1080, it decided to instead go with 1280×720. Thanks, Enslaved. Perfect. Exactly what I wanted!

So, how do you really change the resolution? Or any graphical settings for that matter? Why, simply edit the BaseEngine.ini of course! It’s an archaic method to customize a game’s settings, but at least it works. Editing the .ini allows for a ton of graphical customization: motion blur, dynamic shadows, textures, VSync, Anti-Aliasing, and more.

A wonderful guide has been created, detailing how and what to edit in the .ini file. You can check it out here. Thanks, Steam user cryohellinc!

There’s even a framerate cap in there that can be turned off, so make sure to do that as well. It’s a big pain in the butt to have to constantly re-launch the game to make sure your settings are right, but unless they patch the settings into the game’s menus, this is what we’re left with. 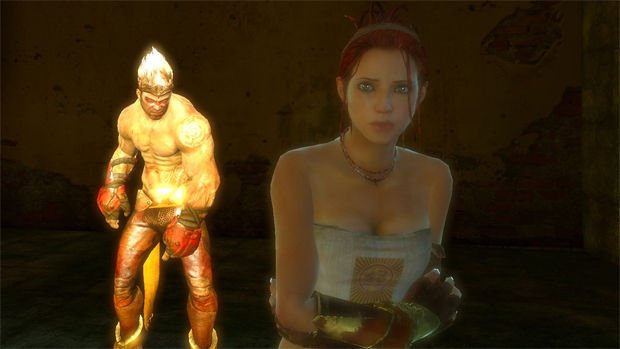 There’s also an issue for some users, myself included, with the game stuttering from time to time, which has the suggested fix of downloading a third party program and running it. This will allow the game to use more than 2 gigs of RAM in order to increase performance. I’ve used this program and it seems to work well with Enslaved, but I still get occasional hangups around cutscenes. Judging from the forums, I’m not alone and there’s seemingly no fix for this issue at the moment. It’s kind of annoying to have the game freeze up on you for 5-10 seconds while the audio keeps on playing. Again, this is an issue that does not plague everyone, but persists with at least a handful of rig setups.

The game controls….alright with a mouse and keyboard, but it works so much better with an actual gamepad. The camera is controlled by the mouse and the default movement speed is painfully slow. Luckily that can be altered in the .ini file, but getting it just right might take some time. Controller support works fine, and it’ll even change on-the-fly if you plug in a controller while playing. It even updates the prompts mid-game! This game was designed with a controller in mind, and it certainly helps to have on here.

Enslaved‘s PC version isn’t the worst port I’ve ever seen, but it’s a pretty bad one. Players should no longer have to go and find the correct .ini file, open it, and then search through hundreds of lines of text in order to change a single graphics value or in order to display at the correct resolution. It’s unclear whether or not the game will be patched — so far, no patches have been made for anything. The game is absolutely still playable, even with a mouse and keyboard, but it’s clear that not much effort was put forth here. But hey, at least all the DLC comes with it!

Filed under... #Enslaved: Odyssey to the West#Ninja Theory