It has been quite some time since I last played a Crash Bandicoot game. I have lots of great memories of Crash Team Racing, but I certainly remember all of the zaniness that the original trilogy had. I jumped in after Crash Bandicoot 2 came out as I didn’t own an original PS1 until early 1998. Since I was a kid in love with 3D platformers, the games felt like the perfect complement to Super Mario 64 and all the other Rare titles I had been playing on my N64.

Then developer Naughty Dog moved on to the PS2 and created a whole new series, leaving many diehard fans wondering what was next. The following games from various developers over the years weren’t all bad, but they never quite captured the glory of that original trilogy. With the varying degrees of quality, many were beginning to wonder if we’d ever see a return to what Naughty Dog did so well.

It turns out that was in the cards for quite some time. Last year, Vicarious Visions released a complete remake of the classic trilogy on PS4 to some rave reviews and tremendous commercial success. People just really wanted to see Crash in his former glory and Vicarious Visions was happy to replicate that experience down to a tee. Shortly after that release, rumblings of ports to different platforms began to make the rounds; it was only a matter of time before Crash would end up on Microsoft and Nintendo’s platforms (along with a PC release).

Enough about the history of the series, though. Now that basically everyone can own a copy of this glorious remake, the biggest question that needs answering is whether or not the PC port (co-developed by Iron Galaxy) is worth a damn. A lot of high profile PC games have been getting the shaft lately, so there was always a very real possibility that Crash would um…crash and burn. Thankfully, that dimwitted bandicoot has some zest in him. 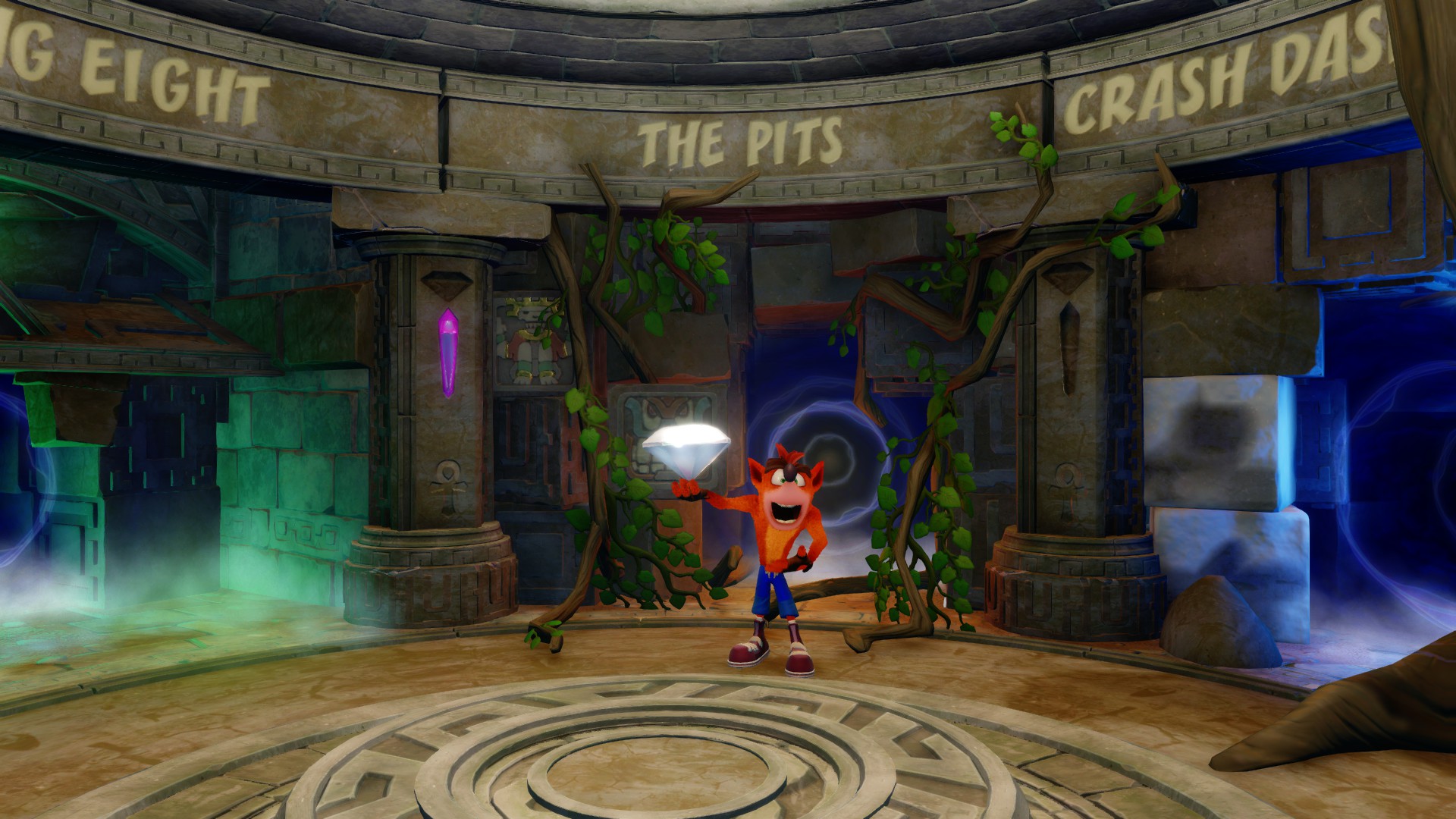 As far as graphical options go, the N. Sane Trilogy on PC won’t light your world on fire. There is a decent amount of options, but nothing overly crazy. For some reason, you can lock the framerate to a lot of arbitrary values (like 34, 40 and 48 FPS), but the game doesn’t provide an option for uncapped framerates; the highest option is 60 FPS (unavailable on any console release). You can turn off Vsync, at least, which is nice for anyone that demands precision or has a Gsync/Freesync compatible device. Then there is a preset with a couple of different values, the option to turn off motion blur, bloom, depth of field and fur blur, but not a tremendous list.

It doesn’t really matter, though, because, on my now five-year-old PC, I’m able to get a completely locked 60 FPS with the preset set to “Ultra.” With the vsync off, there can be a few oddities in certain sections, but the game feels a lot more fluid than its previous PS4 iteration thanks to that boost in framerate. What 60 FPS playback does for platformers cannot be understated; everything just feels perfect.

With regards to controls, you cannot rebind any gamepad options, but the keyboard controls are completely customizable. There aren’t more options than what playing with a gamepad offers (so no shortcut keys or macros out-of-the-box), but it is nice to be able to create your own configuration. In a nice touch, the mouse is supported without any INI tweaking needed. It isn’t like there is camera control, but you can use all of the various buttons on your mouse if you’re so inclined. Oddly, no audio options are present, but it isn’t like there is much dialogue in Crash. (Small correction; audio options are present once you select a game and then enter the menu. You can only access them while playing and not from the main menu – Peter).

Once you get that all squared away, it just becomes a matter of picking the game you want and diving in. There isn’t a separate launcher for each title, so you’ll just boot up the main exe and then select your preferred game from the main menu. I do like that the announcer tries to eagerly shout each title as you scroll over it, which just sounds funny.

In a really nice touch, the cutscenes have been encoded at 60 FPS, so you won’t be getting odd transitions where gameplay is silky smooth, but then cutscenes look slow and out of place. There isn’t much in the way of compression on them, either, but I don’t believe they are pre-rendered. The graphical quality of the N. Sane Trilogy is so impressive that I’m unsure of what is pre-rendered or not.

I didn’t have a display capable of outputting in 4K, but I did enable downsampling on my device. This can be a seriously gorgeous game in certain areas, though others are a little betrayed by being a console title. Some textures look flat and the lighting can clash with Crash’s gloves in a couple of levels. It is never distracting, though, and will only really stick out for people looking for something to criticize. 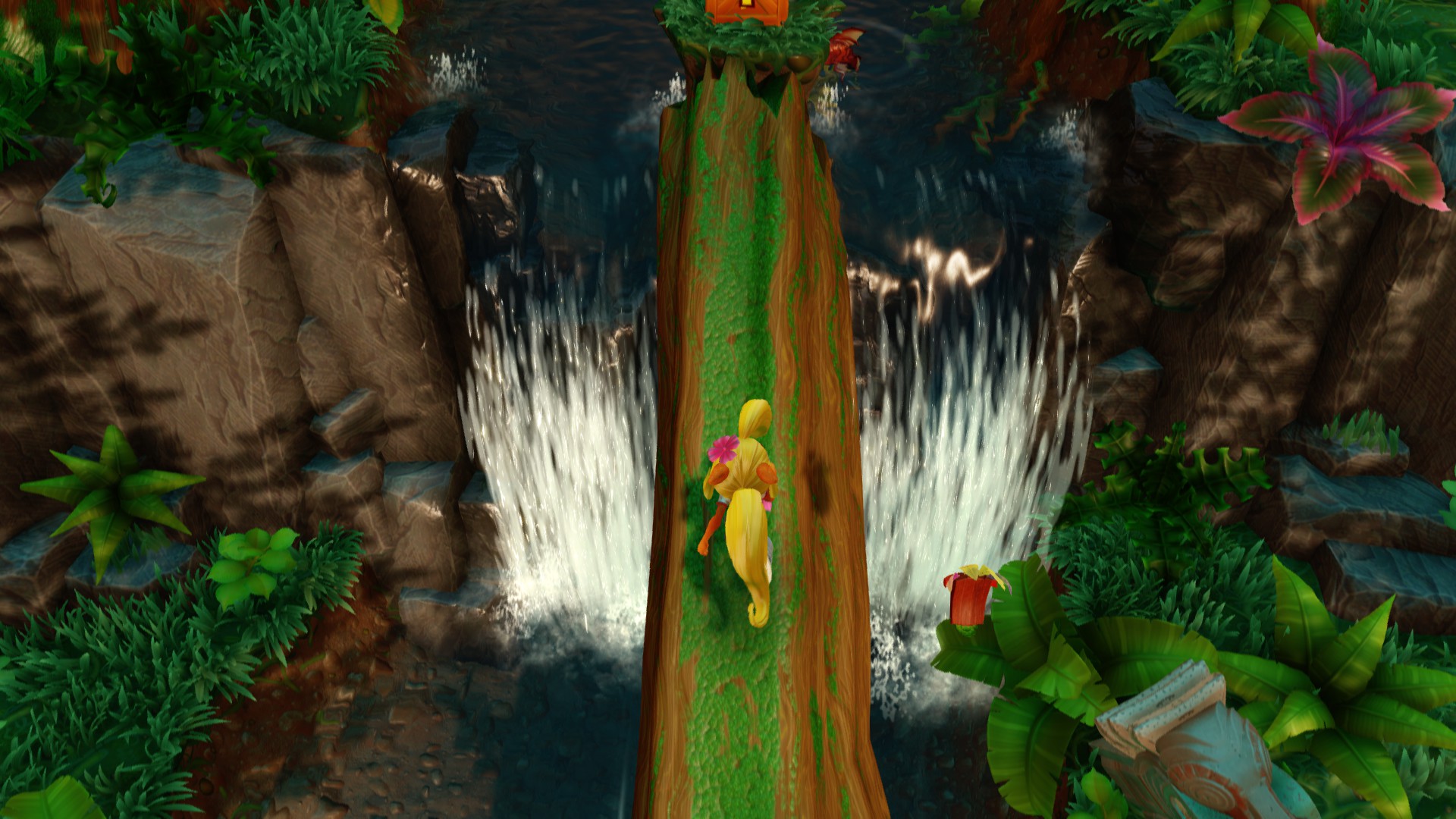 My only real complaints with this package have to do with the original game. I’ve never disliked the first Crash Bandicoot, but even back in the day, it was my least favorite. This remake makes everything look super nice and even tightens up the animations on all the characters, but the general level design and flow is just kind of off. Being one of the earliest 3D platformers on the market, Crash 1 is just limited in scope and ambition.

It also has a lot of odd camera placement that makes some jumps far trickier than they need to be. You’ll have objects floating right in front of you, obscuring the distant background and causing you to miss your target. The design is also very samey, never really changing themes in between levels or daring to mix things up. It is thankfully a short game (clocking in at around two hours), but at least Naughty Dog was able to build upon that foundation for the sequels.

I didn’t take a look at Crash 3 yet, but even just the first level of Crash 2 is a huge improvement over the original game. You’re allowed to select from one of five levels, first off, but even those five showcase more themes, ideas, and enemies than the whole first game had. This is exactly what I remember loving about the series and I’m glad that Vicarious Visions didn’t think to start injecting extra nonsense into the proceedings. 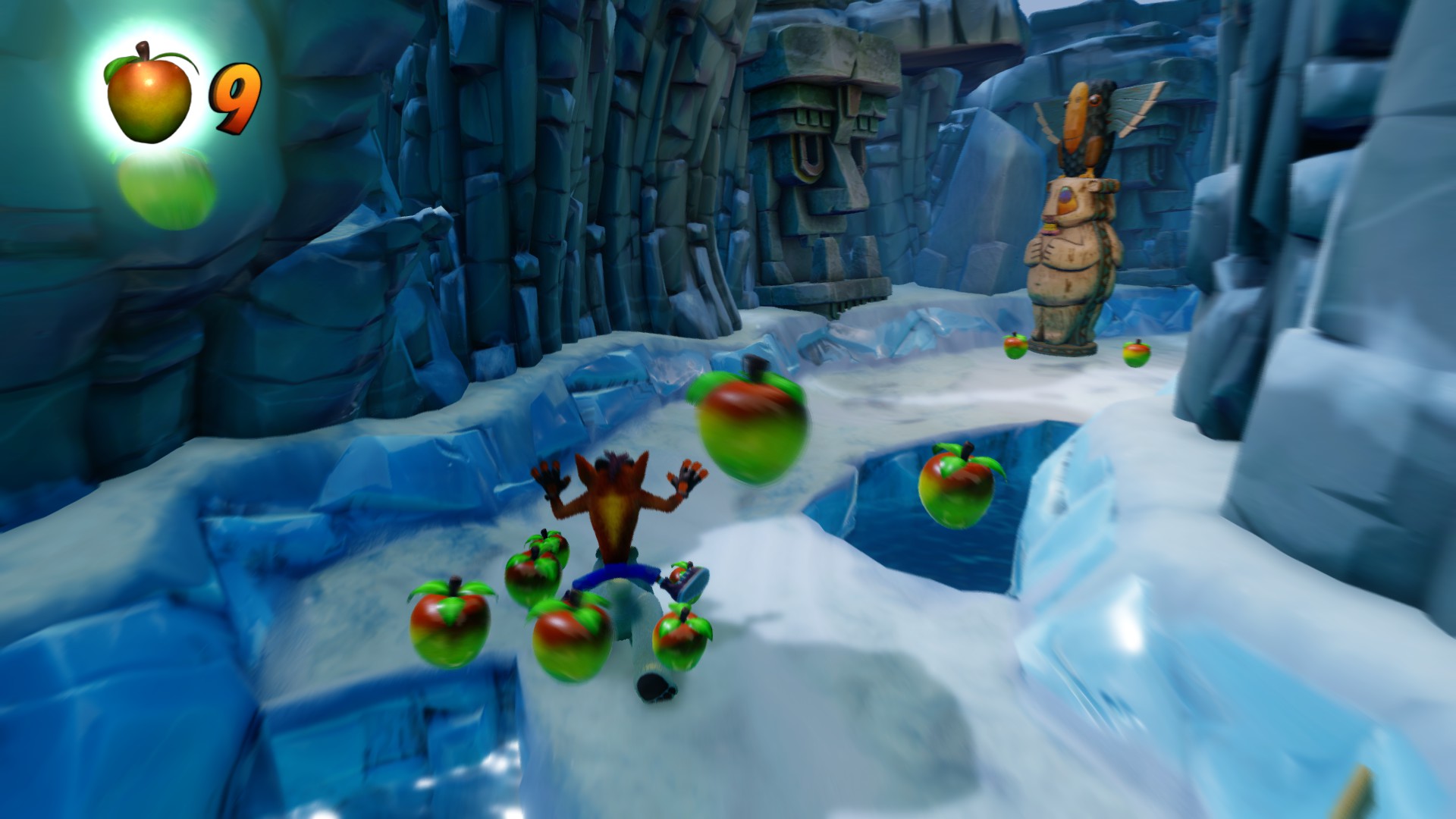 As for those claims of a different collision box for Crash in the remake, I’m not sure what to say. This doesn’t feel like a 1:1 recreation of the games I played two decades ago, but it also doesn’t feel dramatically different. Crash is a little weightier in his movement, but jumping is snappy and everything is super precise. You can turn around instantaneously and I actually had to adjust to how precise Crash felt. I would often overestimate his jump arc and stop myself in mid-air to compensate, leading to a death.

That being said, I finished the first game with 85 lives (I lost most of these on the bosses, all of which suck in the original), so I don’t know what to say about the game being harder. Crash didn’t slide off ledges and I was even able to jump on the ropes in the bridge levels in the original. Maybe the collision detection got fixed for these new ports? Whatever the case, don’t be deterred by people claiming these remakes are somehow inferior to the originals.

If your interest is in getting this compilation for PC, I can safely say that Vicarious Visions and Iron Galaxy have knocked this out of the park. The graphics options could be a little denser and it would be nice to see actual audio options, but everything runs smoothly and looks great. The controls are customizable and all the bonus DLC is included from the get-go. This is just a really solid version of an excellent remake compilation. It also has the added bonus of running at 60 FPS, which does wonders for making the game feel tight and responsive.

Now if you’ll excuse me, I need to go relive my childhood in glorious HD.