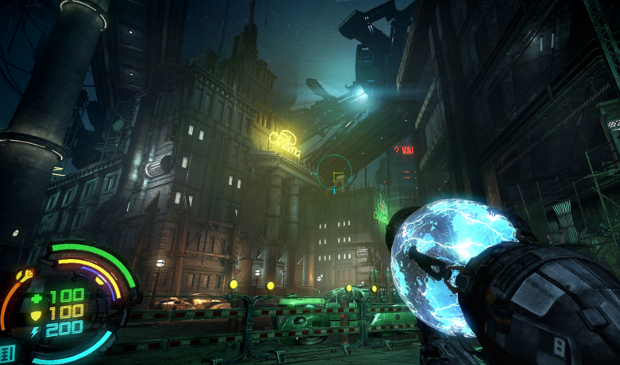 Flying Wild Hogs, a new Polish studio made up of people who worked on Painkiller, Bulletstorm, and The Witcher 2, have announced a new first-person shooter that they are working on called Hard Reset. It’s described as dark sci-fi set in a dystopian future. The robots are out to kill us all, and you are humanity’s only hope. That’s all I need to hear to want this game.

Hard Reset was teased by Flying Wild Hogs a while ago, but we didn’t really know what it was. We still don’t have a whole lot of details, but what we do know is that it looks fantastic. From what we can see in the screenshots, the game’s engine shares some similarities with CD Projekt’s RED Engine (all kinds of blur and lens flares), and if it looks half as good as The Witcher 2 when it comes out, we are in for a real treat.

Hard Reset is scheduled to come out in September. There no details on pricing or distribution method yet, but we’ll keep you posted as we learn more.