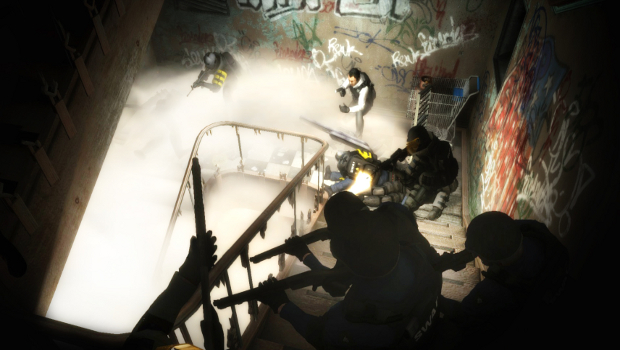 I really need to get Payday: The Heist. First that crossover with Left 4 Dead happened recently, which added the L4D scenario “No Mercy,” and now it has its first DLC today after almost a year of being released. Oh, and would you look at that? Payday is this week’s Midweek Madness over on Steam. How convenient; it’s only $4.99. If PC gaming isn’t your thing, you can always pick up the game and its DLC on PSN for $19.99 and $9.99, respectively.

Anyway, back to the DLC. Wolfpack is a $10 expansion that adds new weapons by way of the auto-handgun and assault rifle, two new Heists, The Technician (a new class based on the character Wolf), the ability to play the DLC with your friends even if they don’t own it, a raised level cap where “the sky is the limit,” and much more. Yeah, that fourth one is the absolute best. It’s always frustrating to not be able to check out a DLC with your friends simply because the don’t want to (or can’t) shell out an extra $10.