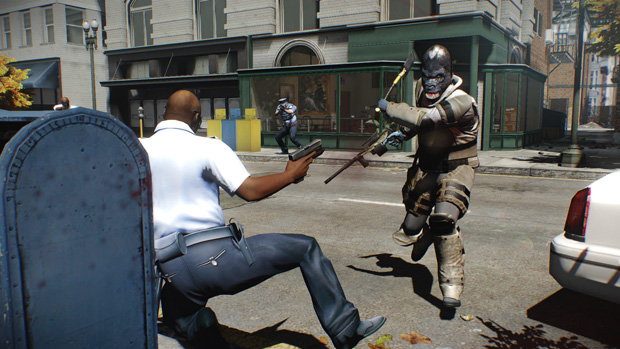 Payday 2 game director David Goldfarb, formerly of DICE, has left Overkill Software to start a studio of his own, reports Polygon. It’s here he’ll be able to escape big-team, AAA development at long last. “It doesn’t matter who I work with: the desire was never to make other people’s games, no matter how good they are,” he explained.

Goldfarb hopes to find genres he can subvert. “To do that I can’t be working for people in the way that I was, I just don’t want any of that shit.” His next project might be a role-playing game — he loves those — but “no MOBAs, no comic book-styled art, no pixel art.”

“It just felt like the right time,” he said of the departure from Overkill. “It’s all on good terms and I think [the studio] is well positioned to succeed. They’re doing great. They’ll continue to succeed as the last Steam sales indicate. Super smart people over there.”