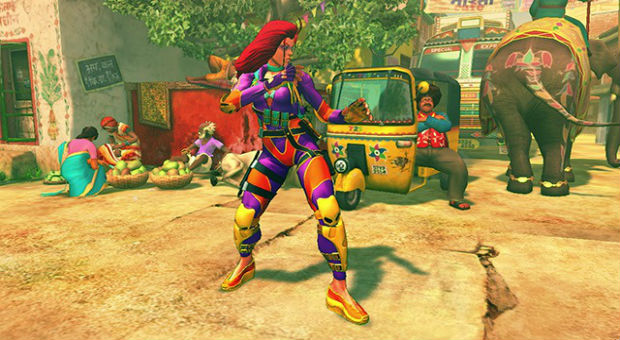 Capcom revealed a massive new set of upcoming outfits that will soon be available for the 44 fighters of Ultra Street Fighter IV over the weekend at San Diego Comic-Con.

The Summer Vacation costumes will be rolling out in separate packs, but if you feel like spending far more than is necessary on costumes, you can always pick them up in one big costume pack together. They’ll be available after the retail release of Ultra Street Fighter IV.

But let’s talk about the actual costumes. I don’t get the naming convention here. What’s summery or “vacation-y” about any of these costumes? Real talk: They’re actually really fugly. And this is coming from someone who wears shirts with allover pizza prints or Game Boy dresses. I hate these. But I’m sure someone will want to buy ’em.