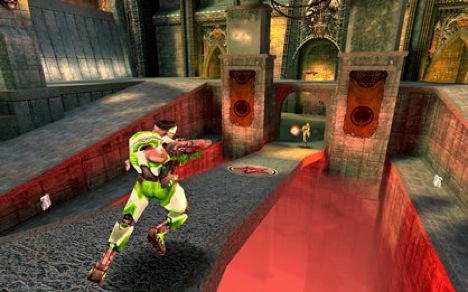 According to CVG, in the upcoming issue of PC Zone magazine John Carmack toss around the idea of a “premium” service for Quake Live. The browser-based recreation of Quake III Gold is initially going to debut as a purely ad supported game. Of course, the pricing structure could completely change due to the reception of the game.

In the beginning Quake Live will be completely ad-supported, it’s not out of the question that eventually we’ll have some kind of a premium service. But we don’t know what it’s going to be yet, and we’re certainly going out with the completely free-to-play model. As the community grows and we start seeing what people actually want to get out of it we may offer some other things there.

I have a feeling that the community will probably desire the game to stay free and as closeted as possible. Reports from beta testers that don’t breathe Quake indicate that the hardcore fanbase that the game has catered to over the years is making its presence felt in a substantial way. Apparently, it’s near impossible to get a string of kills in Quake Live without drinking 20 Red Bulls and smearing cookie crumbs all over the front of your shirt. It’s unfortunate, but hopefully when the service opens up all of us “newbz” will be able to prey on each other. At least, as long the game is free.