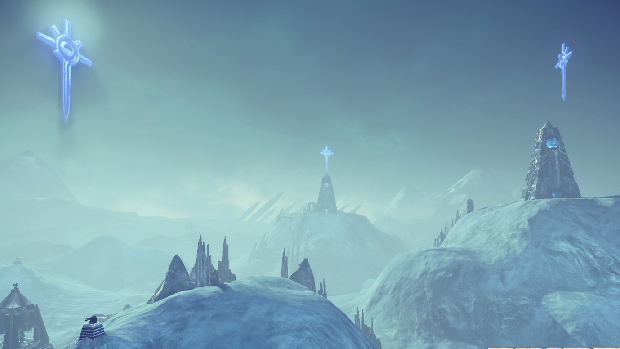 Tribes: Ascend will soon be exiting its open-beta stage and will finally be considered a full-release-quality product. Sterling and I already agree that the game is incredibly fun to play even if we aren’t the best skiers on the server. Since Tribes: Ascend will be released as a free-to-play title, Hi-Rez studios knows that their work will never truly be done.

During PAX I got a chance to hang out around the Hi-Rez booth and talk to Todd Harris, COO of Hi-Rez Studios. While we chatted, pro-level players demonstrated exactly what it is that makes them pros, occasionally leaving my mouth agape as I witnessed things I could never dream of doing. When I wasn’t staring in awe, we got to talking as to what the future has in store for this free-to-play PC FPS.

The professional players were playing on a CTF map new to Tribes: Ascend called Raindance. Former Tribes players may remember this map from Tribes 2 and it was pretty clear that the pros already knew how to navigate the map. It was their first time (in Ascend at least) and they were already mastering skiing routes that led right up to the flag. Perhaps more importantly, though, is the idea that new maps will continue to be added to the game across the various modes. 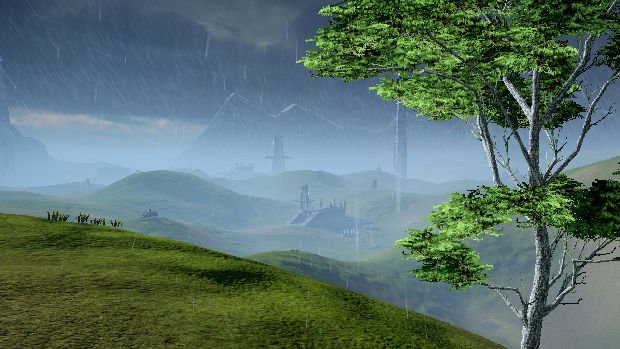 Recently, an Infiltrator weapons pack was added to the game, giving the class three new playthings and some new skins. As with everything in the game so far, you can unlock the weapons by either shelling out real cash or earning enough experience by just playing the game. I asked Todd if we could expect to see packs like this for all of the classes in the future and his answer was an emphatic “Of course!” He also assured me that they will follow the same payment methods for weapons: experience or real money — your choice. Skins, however, will be real-money only, a model that many games use with great success.

I also got to talk about Tribes: Ascend being played as an e-sport, something that Todd really enjoyed. We both mentioned that Tribes: Ascend has a lot of potential to break through one of the largest barriers that many games encounter: understanding what’s happening. To people who don’t play StarCraft II, it can be incredibly hard to understand just what is going on in any given match. They might get the gist of it, but beyond that the jargon and colloquialisms used will turn many people away.

Tribes: Ascend contains an alarming number of similarities to “normal” sports that are popular in the West. The flag is essentially the ball, and there’s legitimate passing, interceptions, and a midfield. Commentators are not limited to game-specific jargon which might confuse certain members of the audience. Todd and I both agreed that this seemingly little detail could help bring Tribes: Ascend up to a competitive level that encompasses many new audience members.