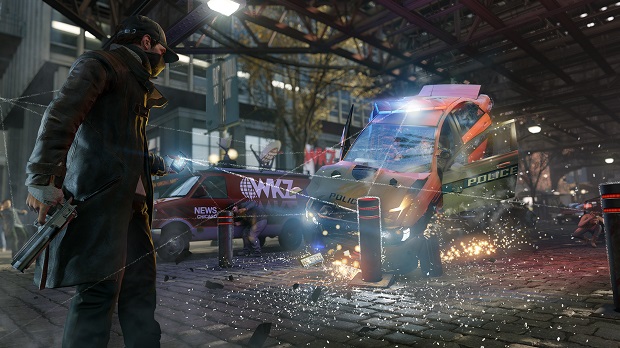 If you’ve seen some of the coverage of Watch Dogs, Ubisoft Montreal’s upcoming information-age action title, then you’ll have seen the main character Aidan Pierce wield his smartphone as well as any traditional weapon. In a new trailer, we can see Pierce using his access to the integrated systems running in Chicago to his advantage.

Lead designer Jonathan Morin talks about how we live in an interconnected world and in Watch Dogs, Chicago is run by an integrated smart system dubbed the Central Operating System (ctOS). It’s this operating system that Pierce has access to and what he’ll use in some really simple ways to evade capture from the people hunting them.

Morin also talked about how Ubisoft Montreal is simulating a huge area and number of people so the interactions between Pierce and the Chicago population in Watch Dogs will feel truly dynamic. What was also mentioned that feels really exciting is cross-platform play; while this has not been fully explained, it does seem like you will be keeping tabs on Pierce through the ctOS. 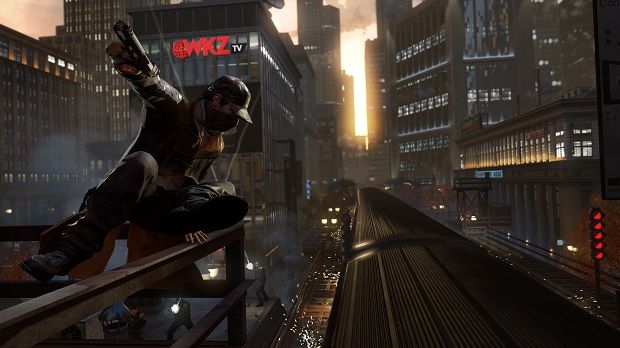 In the second trailer, Pierce walks the streets of Chicago, seemingly without any clear aim but he’s assailed by a flood of information, either from peoples’ smartphones or from the city itself. An example of an ambient instance in Watch Dogs was Pierce hacking into the phone of a teacher, finding out that she was meeting with her estranged husband whom she has a restraining order against.

Using the Chicago PD’s own information, Pierce realizes that she’ll be in danger and stealthily follows her to her meetup where sure enough, the ex-husband become violent. When a chase breaks out, Pierce overloads a power junction box to stun his victim. It’s not clear how that’s triggered, if it’s a real-time prompt similar to a quick-time event or if it’s something Aidan can trigger automatically.

After taking out the police cruisers, Pierce is on the run and again overloads a power junction to stall a train long enough for him to climb aboard and head to safety. What’s going to be really interesting and maybe the thing Watch Dogs hinges on will be how dynamic these events are. Will that train always be there if I play that event the same way? Will the cops take the same route to intercept Pierce?

The game will be really exciting to play if it’s going to be free flowing, and whilst of course a trailer like this shows some eye-catching action, I think I’d love to see the same event played more than once to see if it was unique each time. If Watch Dogs pulls this off, it’ll be something pretty special.