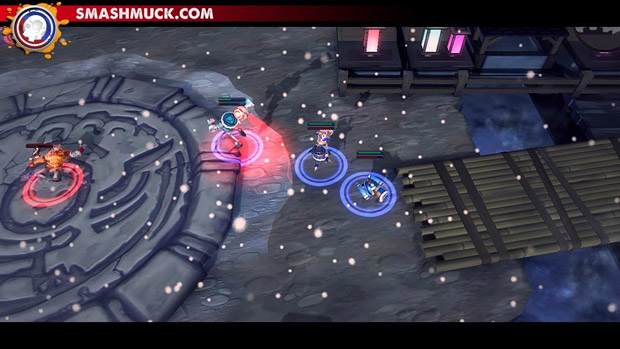 I love games like League of Legends and Dota 2, but their matches can take anywhere from 20 minutes to over an hour. SmashMuck Champions is looking to give us a multiplayer online battle arena (MOBA) with faster matches and game modes that are easy to get into.

The game plays like a standard MOBA for the most part, but it’s a little bit more action-focused and easier to get into. It’s different enough from other games to make worth checking out.

There are less champions than other games as well, but more ways to customize each one. Instead of using an item shop during the game, all items are equipped before the match starts. The items that you equip to your champion can make them useful in different roles and matches.

Instead of clicking to move, the WASD keys move the character around the field. It’s similar to playing a dual-stick shooter with a keyboard and mouse. A lot of the abilities that I tried out auto-targeted enemies, making them really fast and easy to cast. I keep saying fast and easy a lot, and that’s really the thing that differentiates this and makes it fun. 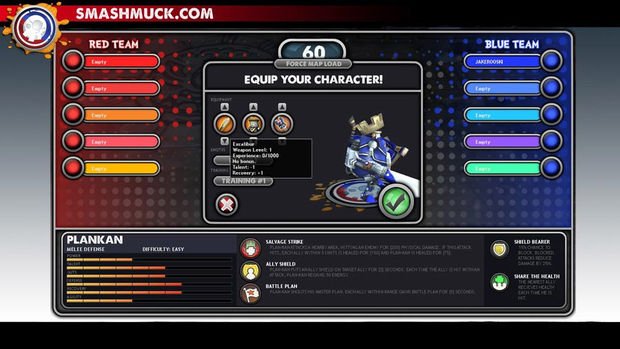 There are different game modes from the usual goal of destroying the other team’s towers and base, although such a mode is available if you want it. The mode I spent most of my time playing was a capture-the-flag mode with no minions. Each team had three champions and it was fun to just fight other champions without worrying about farming minions or taking out towers. It’s a welcome change of pace.

Fog of war doesn’t hide what the other team is up to, and pressing shift brings up a map that shows the location of every player. This really changes up most of the strategies that I have come to rely on. It’s impossible to hide and someone is always coming to kill you.

Death happens frequently, but there is a short respawn timer and the other team doesn’t gain anything from you dying. It’s just over with and you come back in a few seconds. Killing an enemy champion is much easier to do than in League of Legends since they don’t have huge health pools that need to be chipped away.

SmashMuck Champions is in a closed beta on Steam right now, and will be out later this year for PC and Mac.