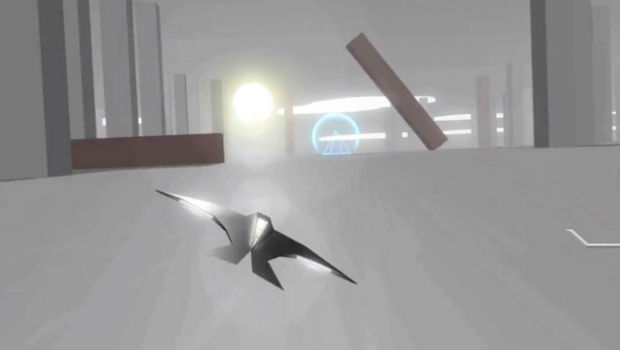 An awesome endless runner/flyer coming this May

After hitting their Kickstarter, Flippfly Games was all set to bring their browser game to the PC, Mac, Linux, and mobile platforms. Essentially, it’s an endless runner style game, that tasks your ship with outrunning the sun as you fly over dangerous terrain and obstacles. I dubbed it “Tiny Wings meets Star Fox” which the lead designer said was an apt comparison.

If you look at some of the promotional material for the game, it might look pretty barren and bland. But as you progress past the first area, it’s anything but. Race the Sun starts to open up a bit visually, with brighters colors, and more interesting obstacles the more you progress. The controls are pretty simple — you can move left or right, and after grabbing a jump power-up, jump with the A button/Up key. Flippfly Games confirmed that it will have controller support at launch.

The developers showed me their level editor as well, which they used to build the entire game. It had some really impressive tools, like the ability to create objects with rules — specifically, one of the coolest ones was a corkscrew road that built itself as the player got near it. Other cool obstacles involved giant buildings or cubes that would topple over at certain sequences — essentially, turning the game into Inception racing.

After their launch on PC, Mac, and Linux, they hope to get their mobile version on the market, as well as the level editor and asynchronous co-op with leaderboards at day one. Right now it’s going the Steam Greenlight route, but you can also buy it (as well as play the alpha) directly from their site when it’s launched in May.