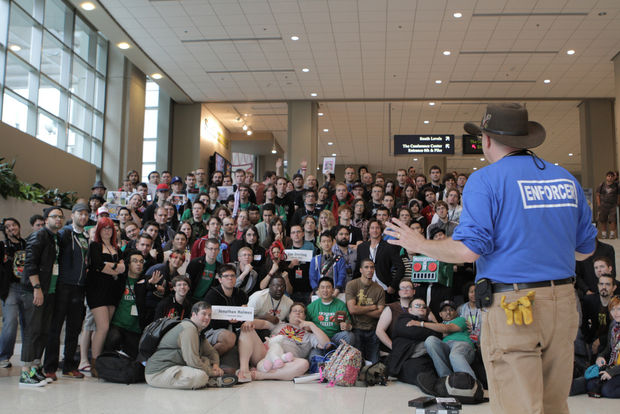 Yes! PAX! I love PAX because it’s like a huge party for Destructoid and its community. The rest? I don’t care about that as much. I like some of the concerts (No OneUps? Kiss my ass!), some of the keynotes, and playing new games. The rest of the time I’m hanging out with my Destructoid people, having a blast. I’m so excited already.

If you want to….you know, actually go to the event, here’s some details on what to expect on the floor, in the keynotes, and on the stage.

God of War daddy David Jaffe is kicking off the keynotes. We also know to expect 2K Games, Activision, Bioware, Capcom, NCsoft and Microsoft, among others. Expect to see about one-hundred exhibitors on the floor! Speaking of Microsoft, they’re taking the whole third floor of the Washington State Conference Center to create a massive Halo Fest experience. That will be crazy.

After the jump you’ll find the concert performers list. I’m not bitter. Really. There’s some good dudes on there. I just would have picked some different bands to mix things up a bit. The Video Game Orchestra should be good.

I hope you guys have your passes! See you on August 26th. Maybe we can piss off the Enforcer guys with another group photo again.