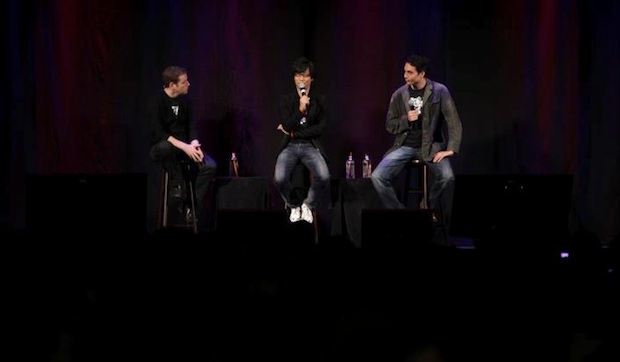 Ground Zeroes is a current-gen game, running on the FOX Engine. It was shown on a PC, but Kojima says that the visuals are comparable to that of final PS3 visuals. He says that today’s demo should closely resemble the PS3.