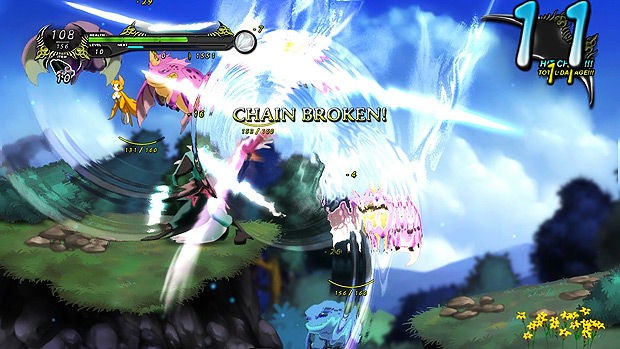 Remember Dust: An Elysian Tail, that crazy action RPG with the animals and the animations and all that? It’s been a while, huh? It ought to be ready later this year for XBLA, but I don’t think I can wait much longer.

Before anyone pulls the “furry” card, let me preempt your snarky comments with a simple “f*ck off.” Dust is looking like a damn fine game with incredible levels of detail, and I’m mad at myself that I waited until Sunday to play it.

Let’s round out the last of my previews with what I consider to be the most impressive-looking game at PAX. 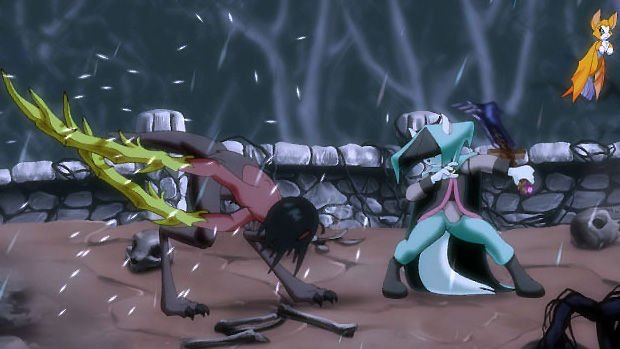 Why is this game so impressive? The years-old screens above really don’t do it justice, and neither do low-res YouTube videos. At the XBLA booth, in full HD, Dust is simply orgasmic. The colors are so rich, and the characters and environments are rendered in such loving, hand-drawn beauty. The combat is like a dance, where even the simplest of combo chains makes you look like a badass.

If I hadn’t met the creator, Dean Dodrill, face-to-face, I would have never believed that this was a one-man project. Except for the music, Dean is responsible for the art, animation, coding, level design, and every other friggin’ thing. He had previously done cutscene work for the Jazz Jackrabbit series, but aside from that, he has had no experience making games whatsoever, yet here we stand today. Seriously, this dude makes Vanillaware look like a school of chumps.

Dust isn’t a particularly innovative game, just one with a mountain of polish. It basically takes its nods from games like Zelda II and Castlevania II, in that the hero Dust runs through areas, fights monsters, collects new abilities, and visits a few towns along the way. In fact, I jokingly asked if there was a part in which you kneel down before a wall and let a tornado come and whisk you away. I was merely poking fun at Simon’s Quest, but Dean admitted that there is such a scene in the game. Surprise!

As Dust marches on, he’ll face a variety of creatures that can be dispatched in various ways. You can execute a fancy combo by alternating X and Y, carving your opponent up or launching it into the sky. Your familiar Fidget can spew out these white orbs of magic, then you can twirl your sword and generate an intense maelstrom as the orbs zoom every which way, pummeling your foes into putty. Or you can act just before an enemy hits you, parrying its attack and following up with a devastating counter. No matter what you do, the screen will fill with tons of graphical effects to indicate that shit just went down.

Keys you collect open treasure chests, in which you’ll find pieces of armor and items that can be equipped from the menu. You also earn gemstones that can be used to increase your attributes, like health, defense, and so on. Along with new abilities that you acquire along the way, the possibilities for growth are seemingly endless.

The demo for Dust: An Elysian Tail felt quite long as I was standing in line, anxiously awaiting my turn. Once I got up and played, I was shocked at how quickly the time flew by. I am super stoked about this game, and from the positive impressions from everyone ahead of me, it sounds like many others are as well.

I envision Dust being the start of really big things in Dean’s future, I guarantee it.