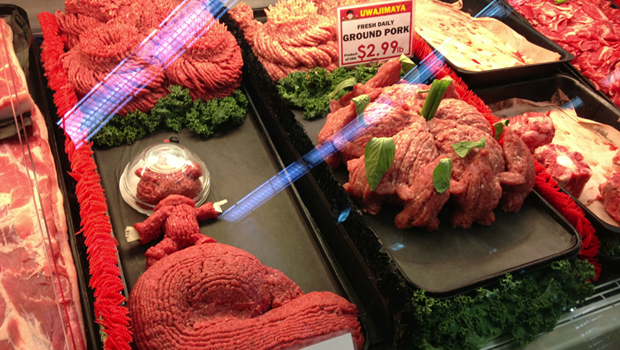 I’m slowly recovering from a wild and crazy PAX weekend. I’ve been to PAX East twice in the past, but this was my first time attending Prime. It was beyond a doubt the most emotionally polarizing con I have ever attended, filled with jubilant highs (watching Jim Sterling hilariously get hustled by two dudes trying to sell him their rap demo albums just outside the convention center) and heartrending lows (missing my return flight by mere minutes and having to shell out $1000 for new tickets — thanks Obama).

And of course, there was the little matter of Keiji Inafune’s not-Mega Man game announcement, buuuuuut that’ll have to wait until later. I’ve got some words about that business, don’t you worry!

The magic wasn’t just on the show floor, of course. Drinking in the sights and sounds of a new city can be just as wondrous. A couple weeks ago, I posted about a Mega Man and Cut Man made of meat on display at the Uwajimaya grocers in Chinatown. With that knowledge, I asked my buddy Funktastic to lead me on a journey to this place and witness these meaty creations with my own eyes. To my surprise, I was greeted by a completely new arrangement.