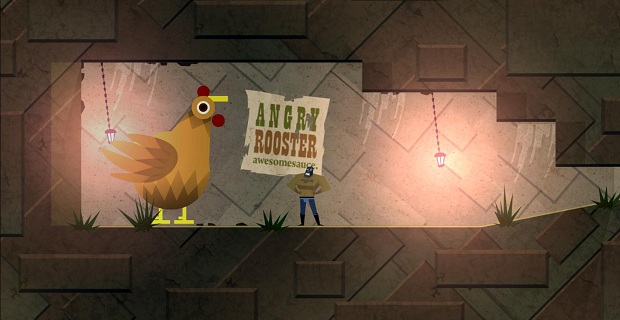 If someone came up to me and said: “Chad, I have a game for you that is like a mixture of Super Metroid, Emperor’s New Groove, Ikaruga, and Final Fight!” I would probably punch them in the face, flail my arms in the air, and break through the wall in a fit of confusion and excitement.

But indie developer DrinkBox’s Guacamelee! is exactly that! It is a 2D action/adventure just like Super Metroid, it has a similar look and style to Disney’s underrated Emperor’s New Groove, there is a strange, yet cool dual-world mechanic like Ikaruga, and it is a surprisingly deep beat-em-up with co-op like Final Fight. Whew!

We have written a lot about Guacamelee! on the site already, so you can check out one of our recent previews right here to get an idea of how everything works and plays (summary: It’s great!). Since Super Metroid is one of my favorite games of all time, I just had to chime in with a few thoughts on how awesome this upcoming game is. Definitely keep your eyes open for this one when it hits PSN (and maybe other platforms?) in 2013.

Oh, and sorry again to the PAX guys for that Chad-shaped hole in the side of the convention center. Oops.