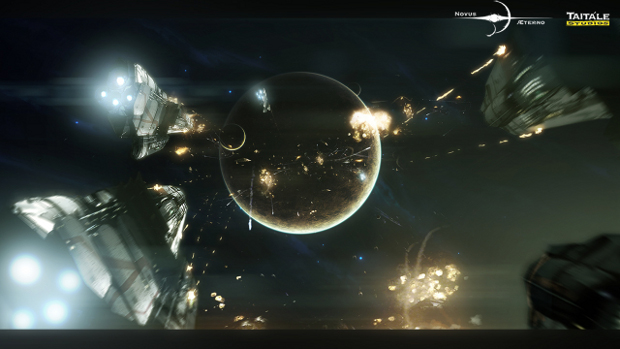 What do you do when you’re a 17-year-old RTS player who is tired of all the games out there? You make your own, of course. You just jump on the Internet and gather together a network of fans to help you make a videogame, and then you also use that community for quality assurance and testing. Well, at least that’s what Nick Nieuwoudt did. He’s more ambitious than most his age, but he pulled it off and Novus Aeterno looks like a really well-made MMO/RTS hybrid. I got a chance to see it in action at PAX this weekend, and I liked what I saw.

The cross of RTS and MMO is something that developers have been struggling with for a while now. People want to play a game that involves base building and RTS combat in a persistent world, and that’s always been a hard thing to develop in a way that works. Time will tell, but from what I’ve seen of Novus Aeterno, it could pull it off.

Players start off with a single planet that they can harvest resources from. Your homeworld will always be yours, and no one can take it from you so you don’t have to worry about losing everything. Other planets are up for grabs, however, and players can capture them by building massive fleets of ships. New players will also spawn near other new players, so newbies can live in peace without elite players killing them for sport.

Ships move slowly and range from small frigates to giant-sized motherships that can send out fighters. Online players have full control over ships and destroyed ships are lost forever, while offline ships will patrol planets to keep away invaders and if a fleet is destroyed, it will eventually respawn later.

The map is made up of solar systems and planets and will keep growing as new players join the game. Gas clouds form that look really pretty, but be warned: they’ll also have an impact on combat if you get stuck fighting one. 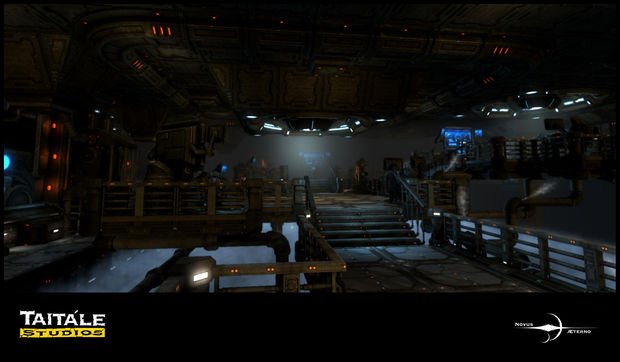 Everything is customizable from the ships and weapons to the parts on those ships and the type of ammo they use. Avatars are also customizable; they’ll change to reflect if the character is wounded, and as they gain promotions, medals will appear on their uniform. Planets will also change their visual appearance as they are captured and developed. Cities’ lights start to show in clusters, satellites will fill the skies, and man-made rings will wrap around the most advanced worlds.

The gameplay feels very similar to Sins of Solar Empire. Ships can be moved freely around the map and things like which direction the hull is facing matter. Ships have weak rear armor, for instance, so positioning makes a big difference in who will win a battle. It’s really slow and methodical; since it’s persistently online, there isn’t any way to speed up the action.

Novus Aeterno has some lofty ambitions, and I’m really hoping that they can pull it off. There aren’t any screenshot available yet, but just imagine it looking like EVE or Sins of a Solar Empire. The game is relying entirely on community members to play test it, so you can apply to help out if you want. A closed beta should be starting soon, with the full game hopefully releasing later this year.