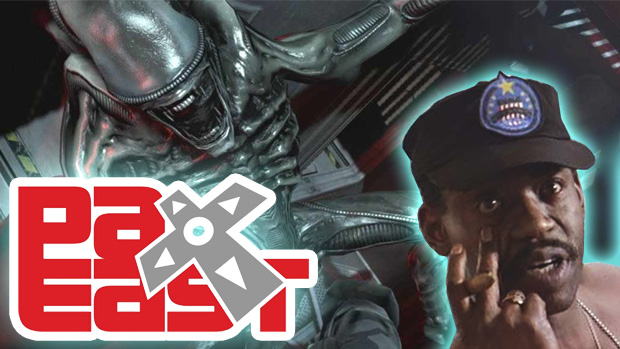 If it wasn’t already obvious from the orgasm-inducing Aliens statue on display, SEGA has been showing off Aliens: Colonial Marines at PAX East this year. Our resident west-coast Aliens fanboy Max Scoville got his very first look at the game’s single-player campaign, and judging by the beads of sweat and the exasperated look on his face, I’d say he either enjoyed it, or took a massive dump right immediately prior to filming. Possibly both.

PS – Many thanks to King Foom for the picture!